Numpty Physics is a free and open source gravity based crayon drawing puzzle game using Box2D engine. In this game you need to create whatever drawing blocks, ramps, levers, pulleys to get the little red thing to the little yellow thing. It also comes with built-in level editor to build your own levels in this game. It is released under open source GNU General Public License v3.0. It is really fun and interesting game.

Numpty Physics is available as a flatpak package from flathub. You can install it via the terminal application. Before that you need to install flatpak and flathub on your system, if you don’t have. restart your system after flatpak installation. Follow below link for installation tips.

How to install flatpak on Ubuntu linux

Open the terminal app (ctrl+alt+t) and run below Numpty Physics flatpak install command. it will install the latest version of Numpty Physics on your Ubuntu Linux system.

You can run this Numpty Physics game via below command. 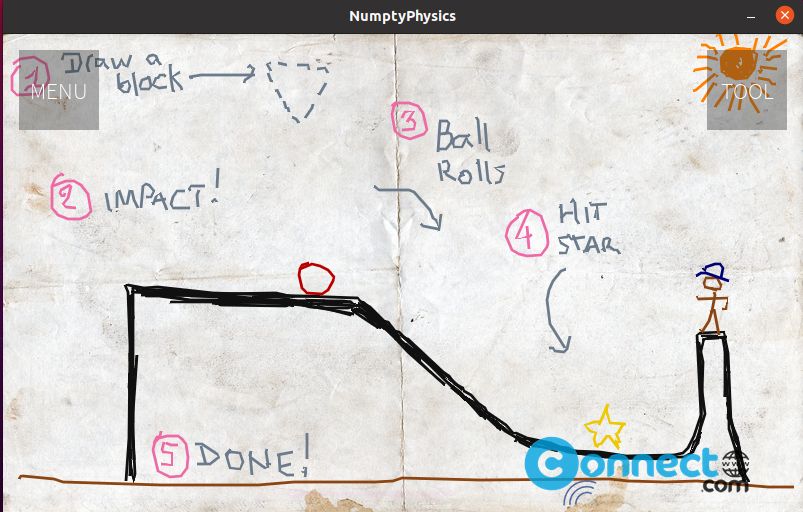 If you want to uninstall it, then use this command.