OCRFeeder is a free and open source optical character recognition and document layout analysis application for Linux. You can add images and pdf files for character recognition and export your content in ODT, HTML, PDF and plain text. It comes with four build-in OCR engines, Tesseract, GOCR, Ocrad and Cuneiform. It is released under open source GPL-3.0+ license. Some other features are spellchecker, unpaper, import image from scanner and image deskewer. 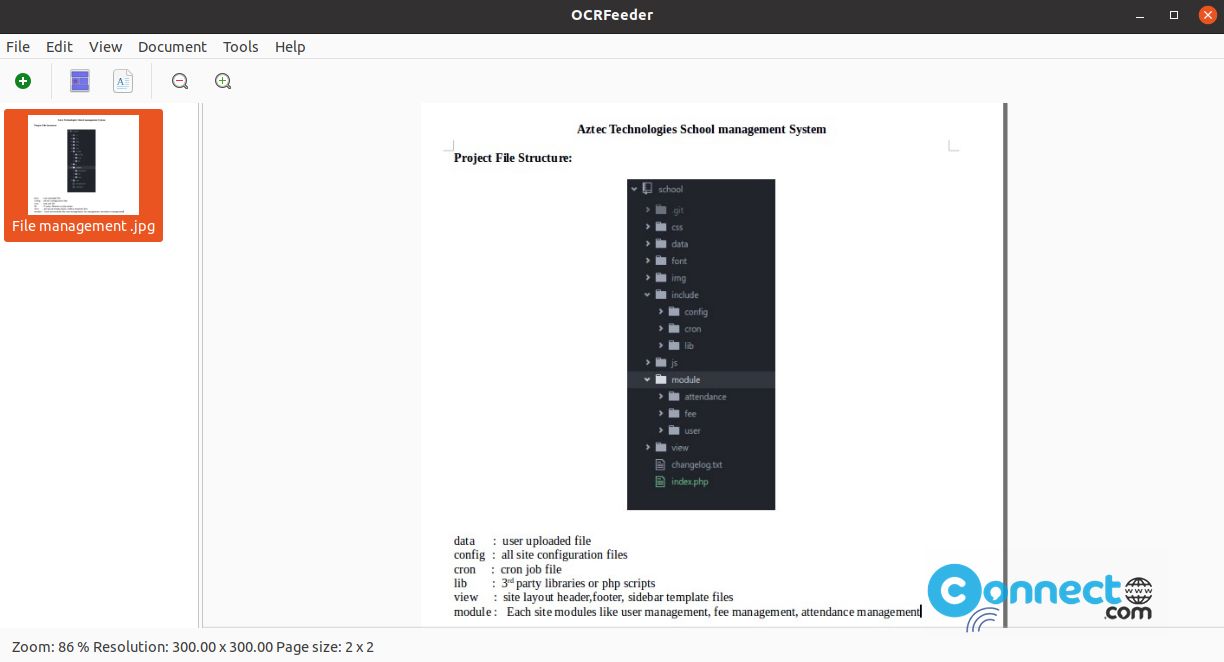 OCRFeeder is available as a flatpak apckage from flathub for Linux system. First install flatpak and flathub on your system and run below OCRFeeder flatpak installation command.

After that run this command to start OCRFeeder on your system.

You can also uninstall it via below command.

Vocal podcast client for Linux – How to install Vocal on Ubuntu

How to install vidiot on Ubuntu – vidiot Non-linear video editor