Hopsan is a free and open source simulation and modelling application for fluid power and mechatronic systems for Linux and Windows. It is developed at Linkoping university and released under Apache License Version 2.0 and GPL v3 license. the core simulation library comes with multi-core support and subset of Modelica support. And it is also comes with embedded simple numeric script language numhop. 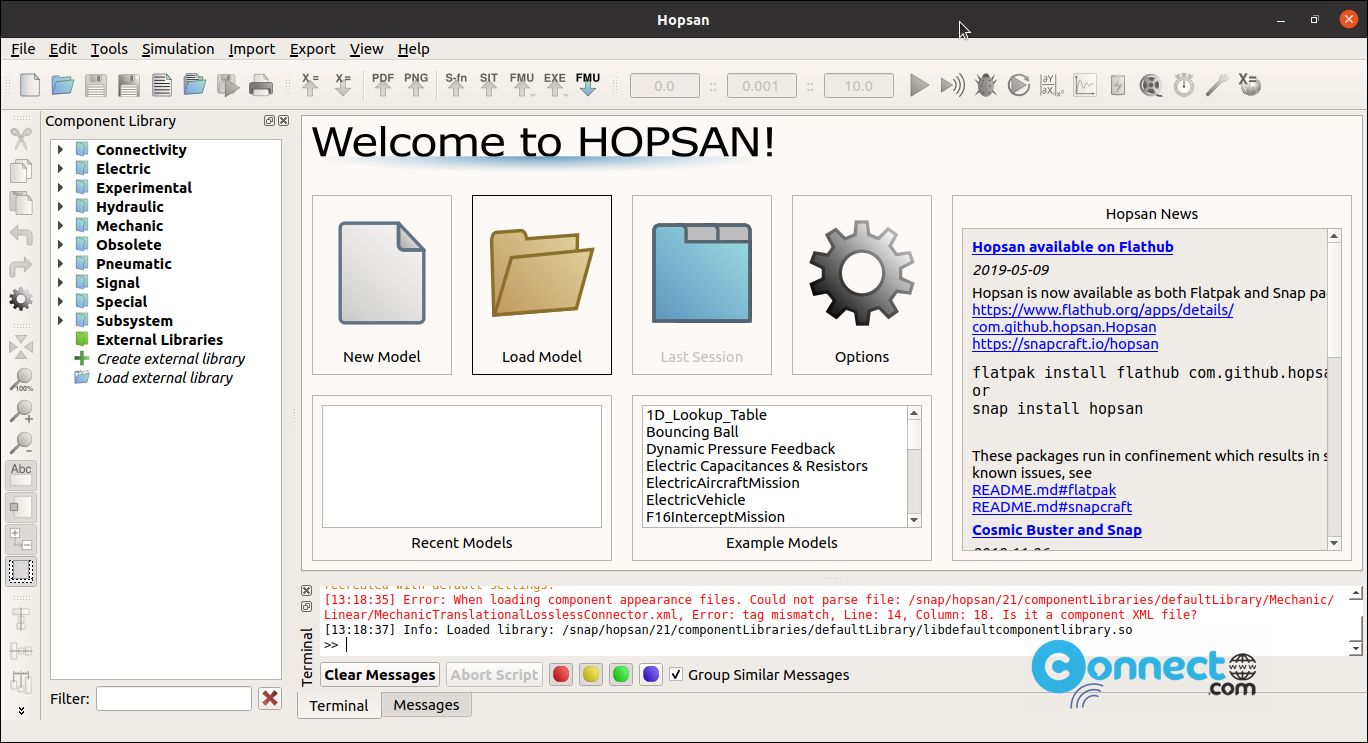 You can export the data to CSV, XML, Gnuplot, HDF5 & Matlab file formats. It also supports interactive animation of the simulated system with real-time and playback support.

Open the terminal app and run below Hopsan snap installation command to install Hopsan on your ubuntu linux system.

After the installation you can open Hopsan via the show applications menu.

you can uninstall via below command.

TextSnatcher Copy Any Text from Image on Linux

How to install gPodder Podcast Client on Ubuntu