Dmidiplayer or Drumstick multiplatform MIDI file player is a free and open source MIDI player for Linux, Windows, and macOS. It supports MIDI Output to hardware MIDI ports and soft synths. In this app you can change MIDI volume level using MIDI CC7 and scale song speed between half and double tempo. It also comes with seperate channel views for Lyrics and Piano Player. This player supports MID/KAR and WRK file formats and -12 and +12 semitones for song transpose. It is released under GNU General Public License version 3.0 (GPLv3). 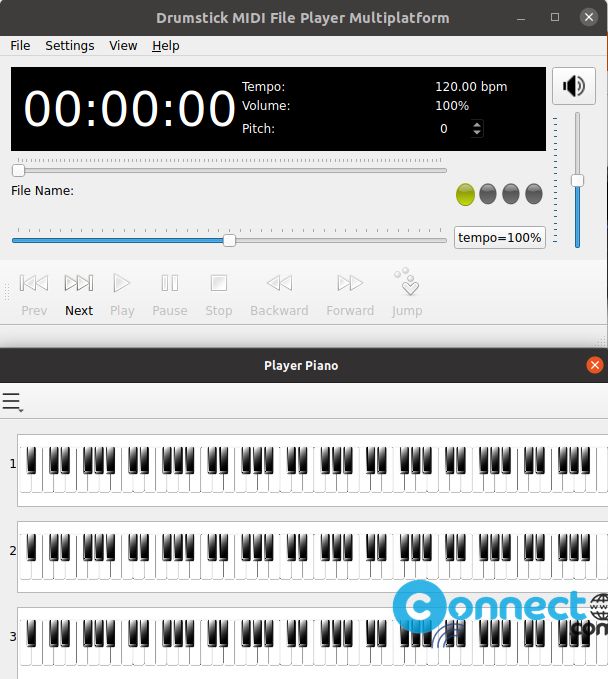 Dmidiplayer is available as a portable AppImage and flatpak package file. Download Drumstick Multiplatform MIDI File Player from the below download link and save it on your Downloads folder. Here the downloaded file name is “dmidiplayer-1.4.0-linux-x86_64.AppImage“. You can change the below commands based on your downloaded file name.

Open the terminal app (ctrl+alt+t) and run below commands.

First you need to install flatpak and flathub on your Linux system and restart your system after the installation. Then open terminal command-line app and run below command to install dmidiplayer flatpak app.

You can run this app using below command.

You can uninstall thia via