Blue Recorder is a free and open source desktop screen recorder application for Linux. Using Blue Recorder you can record your desktop video and audio. It supports recording on Wayland display server and Xorg. It is released under open source GNU General Public License version 3 and built using Rust, GTK+ 3 and ffmpeg. You can record video in mkv, avi, mp4, wmv, gif and nut file formats. 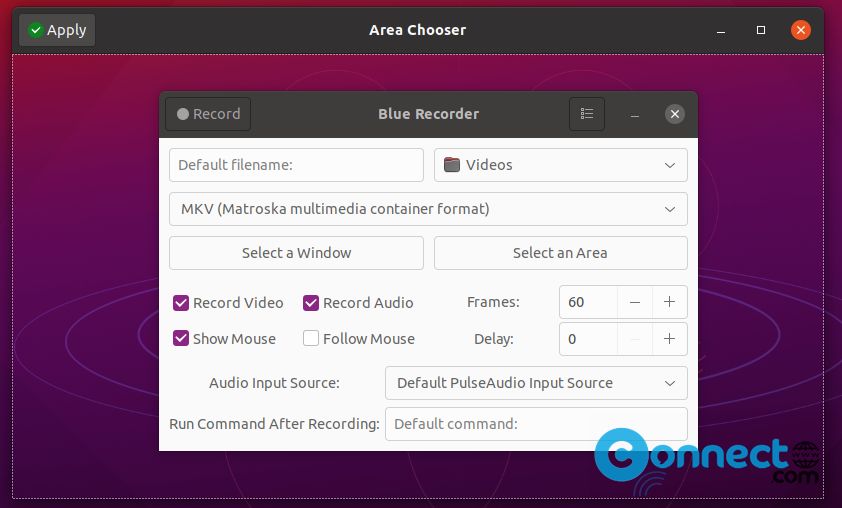 You can set the audio input source, output file saving path, frames and delay. You can record a windows or particular area with mouse pointer or without mouse pointer. It also comes with a option to disable video or audio during the record. The interface is super simple and easy to use.

How to install Blue Recorder on Ubuntu Linux

Blue Recorder is available via flatpak and snap packages for Linux system. You can install and uninstall via your terminal command-line tool. If you don’t have flatpak on your system, then you can install it via the below tutorial link and restart your system after the installation.

Open terminal via pressing ctrl+alt+t keys and run below Blue Recorder flatpak installation command. It will install the latest version of Blue Recorder on your Linux system.

You can open Blue Recorder via below command 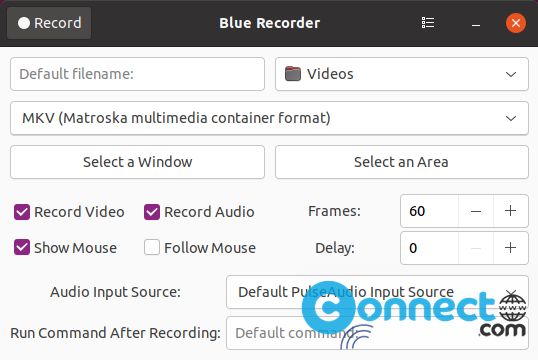 If you want to uninstall Blue Recorder, the follow below command. It will uninstall it from your system.

You can uninstall it via