Oolite is a free and open source first person, open ended, single player space trading and combat game like Endless Sky for linux, MacOS and windows. This space trading and combat game is heavily inspired by classic Elite video game released in 1984. In this game you the player is the pilot of a spacecraft and you can travel other planetary systems by using wormholes generated by your spacecraft’s engines. In your path you can encounter other spacecrafts to combat. The main weapons are lasers and missiles. It is released under GNU GPL version 2 licence and the minimum requirement of this game is 1GHz processor, 1GB RAM and an Open GL-capable graphics card. 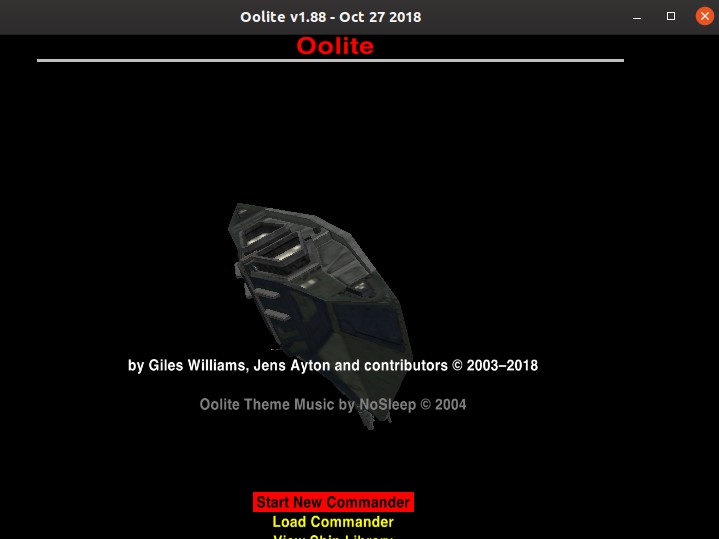 Download the latest linux version of Oolite pace trading and combat game in .tgz file from the below download link.

Here the downloaded file name is “oolite-1.88.linux-x86_64.tgz” and location is Downloads folder. Right click on that file select Extract Here to extract that compressed file.

Open your terminal app (Ctrl+Alt+T) and run the below command to navigate to the downloads folder. you can change the file name and download location in below commands according to yours.

Then type the below command and press the enter key. Then type your Ubuntu password to change the file permission.

After that run the below installation command in terminal.

During the installation process it will ask like”Install Oolite system-wide or in your home directory?[s/h]”. Type s and press enter key for system wide installation. you can also install in your home folder by typing h and enter.

After the successful installation of Oolite, start it by below command

you can uninstall it by running below command in terminal

Windows software and its Linux alternatives

How to install Google Music Frame on ubuntu 11.10