Tribler is a free and open source BitTorrent client application for Linux, Windows and MacOS. It is written in Python and released under GPL3 and LGPL3 licenses. It is based on custom build Tor-like onion routing network with end-to-end encryption.…

KTorrent is a free and open source BitTorrent software for Linux. KTorrent is a powerful torrent client from KDE team but you can use in any desktop environment. Using this you can download files using the BitTorrent protocol. It comes with speed limits support, previewing video and audio files, ban peers with an additional IP Filter, UDP tracker support, protocol encryption and webseeds support. You can create trackerless torrents and Connect through a proxy. it also comes with tracker authentication support.

END_OF_DOCUMENT_TOKEN_TO_BE_REPLACED

Fragments is a simple and easy to use BitTorrent Client for Linux. It is a free and open source software released under the GNU General Public License v3.0. You can add the downloaded torrent file or add the file via the magnet link also. It comes with dark and light mode. You can remove and pause the download, encrypt your connection during download, change the download directory and also set the maximum active parallel download numbers in the settings page. 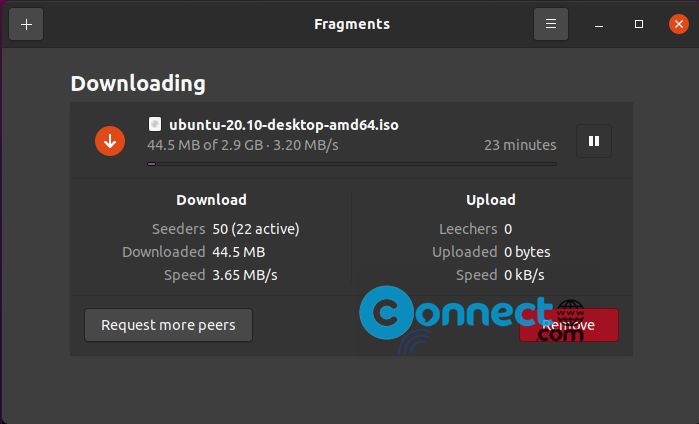 END_OF_DOCUMENT_TOKEN_TO_BE_REPLACED

Deluge is a free BitTorrent Client for Linux, Windows and Mac OS. It is released under ?GNU GPLv3+ open source licence. Recently Deluge 2.0 released with a new app logo and the app ported to Python 3 and GTK3. Using this you can download torrent files. It comes with some important features as such sequential downloads , protocol encryption, DHT, multiple-users support, UPnP, NAT-PMP, proxy support, local peer discovery (LSD), Magnet pre-fetching with file selection, peer exchange (PEX), web seeds, global and per-torrent speed limits. It uses the most powerful ?libtorrent library to support its features. You can also use Deluge as a ?client-server. You can also edit host entries in the Connection Manager.

END_OF_DOCUMENT_TOKEN_TO_BE_REPLACED

qBittorrent is a free and one of the best bitTorrent client for Linux, Windows, Mac OS, FreeBSD and OS/2. It is released in GNU GPLv2 open source license. This qBittorrent written using the C++ and Qt framework and libtorrent-rasterbar for greater download and upload speed latest BitTorrent protocol support. It comes with build in search engine, RSS feed, bandwidth scheduler, Torrent creation tool, IP Filtering, IPv6 compliant, UPnP / NAT-PMP port forwarding support. Some other important features are support for Magnet links, Distributed hash table (DHT), peer exchange protocol (PEX), local peer discovery (LSD), Private torrents and encrypted connections. According to the FossHub, qBittorrent as the second most downloaded software with over 44 million downloads. It is the one of the great alternative to ?Torrent. 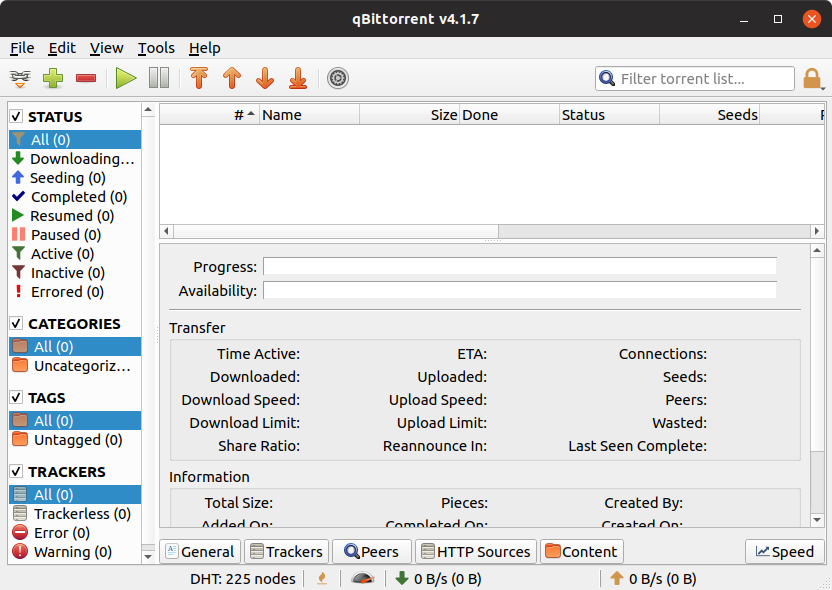