Qucs-S is a free and open source integrated circuit simulator for Linux and windows. It is released under open source GPL-2.0 License. It is a spin-off of the popular circuit simulator Quite Universal Circuit Simulator (QUCS). It is using the SPICE circuit simulation kernels with the Qucs GUI. It supports all Qucs component types and simulations
Direct support of SPICE models from components datasheets. Supported SPICE components are RCL, BJT, MOSFET, JFET, MESFET, switches, Equation-defined sources and RCLs, transmission lines. And it also supports SPICE Modelcards, SPICE sections, Parametric circuits, SPICE postrprocessor and lot more. 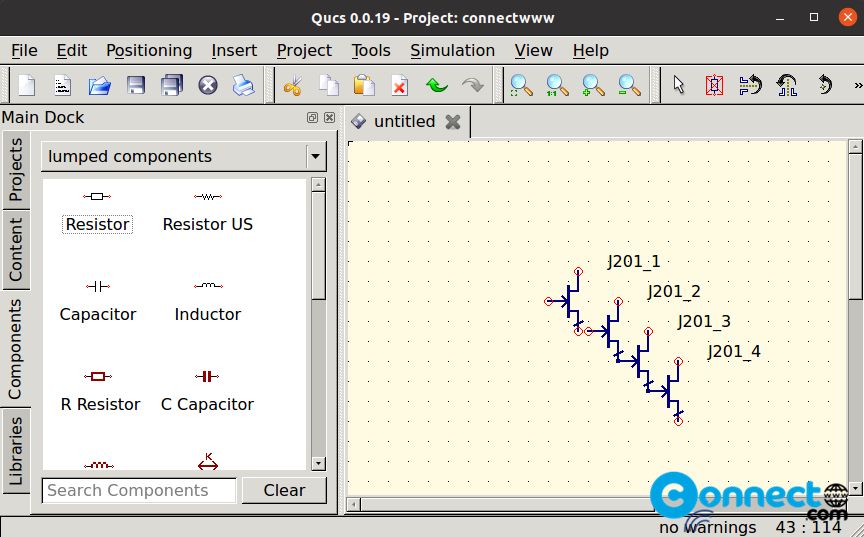 You can install Qucs-S circuit simulator via the snap and portable AppImage.

Enter your Ubuntu user password. It will the the Qucs with SPICE Circuit Simulator on your Ubuntu system. You can open it from show Applications menu.

Download the latest portable Qucs-S .AppImage file from above download link and save it on your downloads folder.
Here the file look like this “Qucs-S-0.0.22_x86_64.AppImage“. Change below commands based on the downloaded file name. Open your terminal app and run commands one by one.

Enter your Ubuntu user password. Then run below command to start Qucs-S Qucs with SPICE Circuit Simulator on your system.