KStars is a free and open source Astronomy application for Linux, Windows and MacOS. Using KStars, you can view graphical simulation of the night sky, from any location on Earth, at any date and time. It comes with more than 13000 sky objects, planets, Sun, Moon, comets, asteroids, supernovae, satellites and 100 million stars. It also comes with FOV editor, observation planner, a sky calendar tool and many more. It is a powerful astronomy application for amateur and professional astronomers. 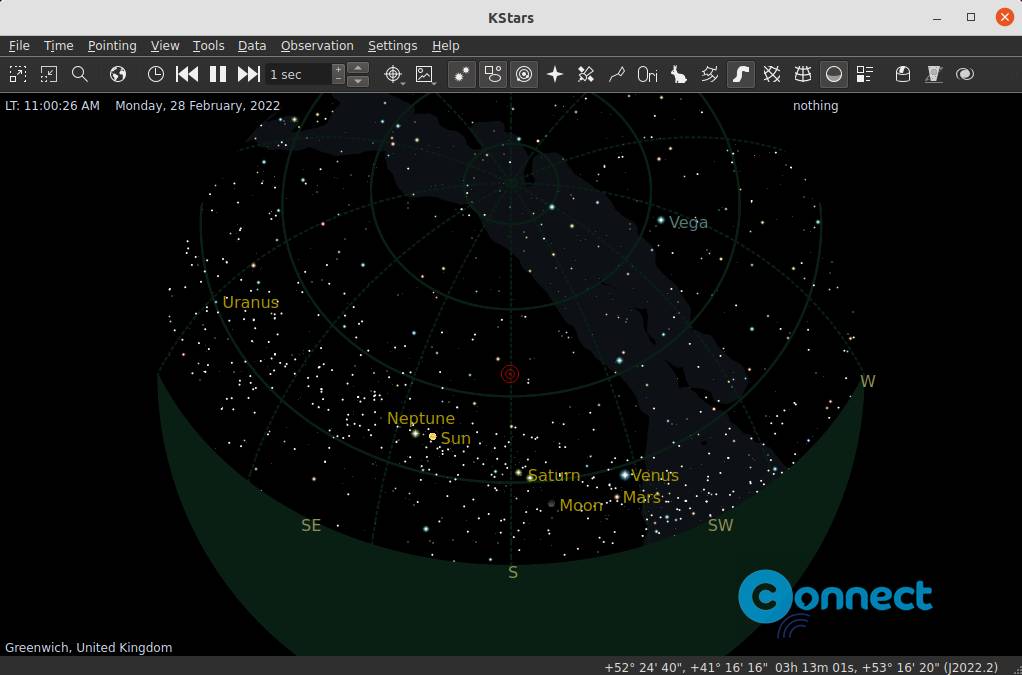 KStars is available as a snap ,flatpak and from Ubuntu PPA. Open the terminal app using the ctrl+alt+t keys and run below KStars snap installation command. It will install the latest KStars on your Ubuntu system.

First install flatpak and flathub on your system and after that restart it. Now in terminal application run below Kstars flatpak installation command. It will install the latest version of Kstarts.

And you can open it via

In terminal app run all below commands one by one.