How to install Bomber Bombing Game on Ubuntu

Bomber is a free open source arcade type bombing game for Linux. It is released under GNU General Public License (GPL), Version 2 license. The game simple, just bomb on all the enemy buildings using bomber aircraft and destroy it. If you destroy all of it then you advance to the next level. It is a single player game with two build in games themes. It also comes with configurable shortcuts. Game levels are based on speed of the bomber plane and the height of the buildings. Its really simple fun and additive. 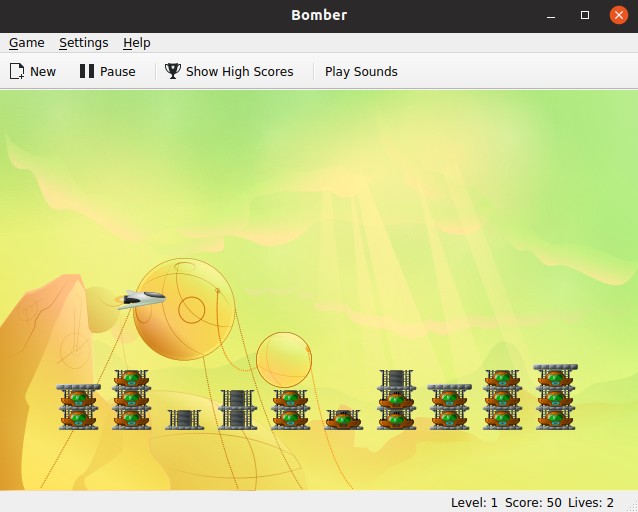 You can install Bomber on Ubuntu via snap and the installation process is also very easy. Open your terminal app (Ctrl+Alt+T). And type the below command in terminal

Then type your Ubuntu password and hit enter. It will install the latest version Bomber arcade type bombing game on Ubuntu.After the successful installation of Bomber Bombing Game, you can start it from terminal by running the below command

Or click the show applications in the Ubuntu Gnome dock and type bomber in the search box and click bomber to open the game. If you want to test the development version of this game, then run the below commands for release candidate, beta and edge versions of the game.

Also Read:  How to install Dragon Player on Ubuntu Linux