Widelands is RTS (real-time strategy) game for Linux, macOS and Windows. It is a free RTS game and released under open source GPL v2+ license. You need OpenGL version 2.1 or higher to run this game. It comes with singleplayer campaigns and a multiplayer mode. In this game you need to build a settlement, produce resources and train soldiers to attack enemy. you can choose from Barbarians, Empire, Atlanteans, and Frisians tribes. This game was inspired by blue byte software’s Settlers II RTS game. This game is still under heavy development. 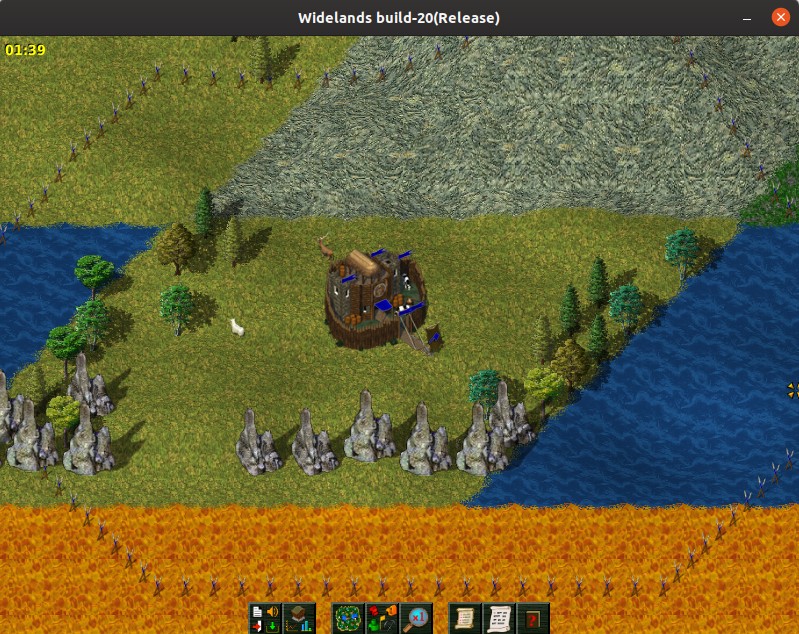 You can install Widelands real time strategy game on Ubuntu via its official PPA. To install via PPA, first you need to add its PPA on Ubuntu via below command. Open terminal app (Ctrl+Alt+T) and type the below command and hit the enter key.

Type your Ubuntu password if needed and hit the ENTER key to confirm the addition of Widelands real time strategy game PPA on your system. Then type the below command press the enter key to update your package list on ubuntu system.

Then in terminal, run the below command to install the latest version of Widelands real time strategy game on ubuntu.

If you want to install the daily builds of development version, then use the below PPA.