Ranger is a free and open source command-line file manager for Linux. It comes with minimalistic text based user interface and VI key bindings support. The main design goal of this file manager is switch directories and browse files in a quick and easy way. Some of the main features are preview the selected file or directory and automatic determine of file types and run them with correct programs. It supports VIM like hotkeys, UTF-8, multi column display, mouse support, build in Tabs and bookmarks support. it is released under open source GNU General Public License v3.0 license. Some other command line based file managers are nnn and Midnight Commander. 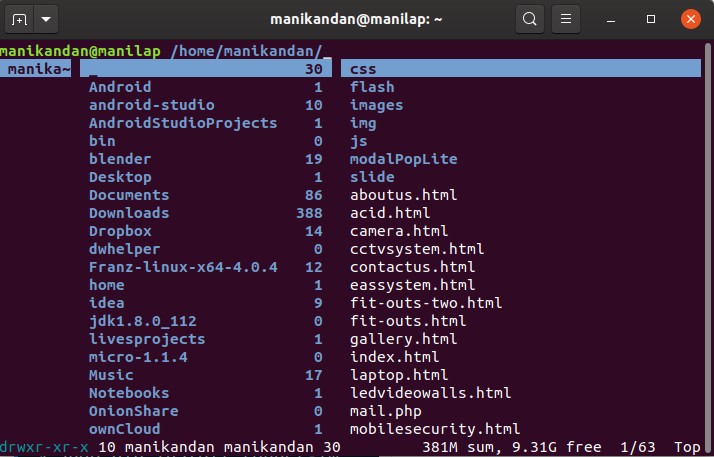 You can install Ranger File manager from the Ubuntu repositories using the package manager. Open the terminal (Clrt+Alt+T) app and run the below command.

It will update your package list on Ubuntu system. Then run the below command to install Ranger command line File manager on ubuntu.

For the complete user manual use the below command in terminal.