mtPaint is a small open source painting application for Windows and Linux. It is developed by Mark Tyler and currently maintained by Dmitry Groshev.It is released under GNU General Public License. It supports Up to 100 layers, Up to 1000 undo steps and Zoom levels between 10% and 2000%. you can take screenshots, Edit indexed palette or RGB images and Save and load BMP, GIF, JPEG, LSS, PNG, TGA, TIFF, XPM, XBM files. 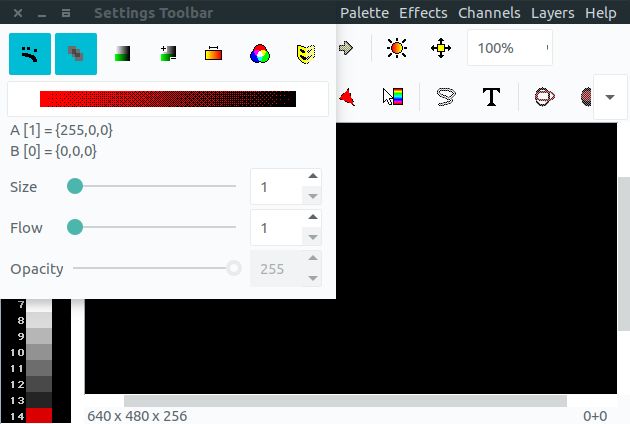 To install the stable version of mtPaint, just run the below commands one by one in your terminal app.

It is released back in 2011. If you want to install the latest development version of mtPaint, just follow the below step.

You can also download mtpaint .deb file directly via this link

After the sucessful installation of mtPaint on ubuntu, restart your ubuntu pc. Just type mtPaint in the ubuntu dash search field. Then click mtPaint graphic editor to open it.

How to install TeamViewer on Ubuntu 15.10

How to install Microsoft Teams on Ubuntu