YOGA Image Optimizer is a free and open source image converter and optimizer application for Windows and Linux. Using this GUI tool you can convert and optimize JPEG, PNG and WebP images easily. It is based on YOGA command-line tool which is using Guetzli for JPEGs, Zopflipng for PNGs and libwebp for WEBPs images. YOGA Image Optimizer is written in python and released under GNU General Public License v3.0. You can save more than 20 to 40 percent in Jpeg and Png images. It comes with Multi-thread support, Custom output and dark mode support. 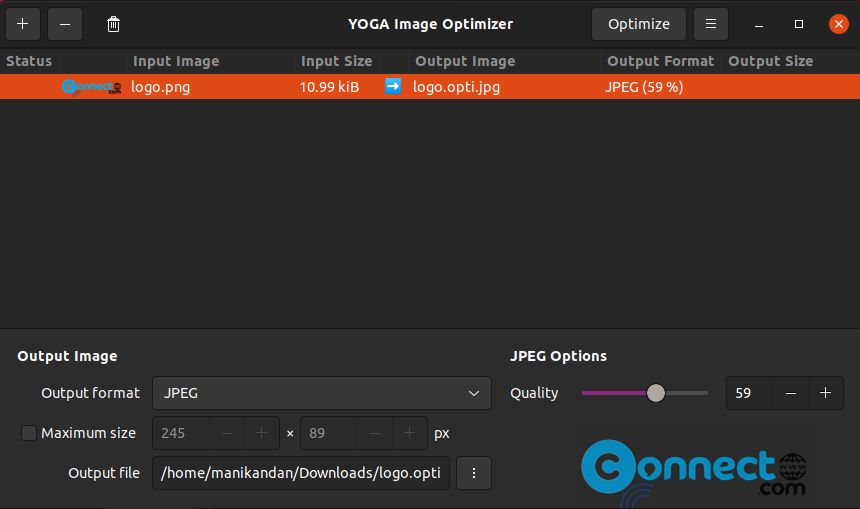 You can install YOGA Image Optimizer via flatpak package from flathub. For that you need to install flatpak and flathub in your system. If you don’t have flatpak on your system follow below tutorial and install it and after the installation restart your system.

How to install flatpak and flathub

After the installation of YOGA you can open it via below command.

Just click the “+” to add images and choose output format and set compress level for each or a selection of images and click Optimize to compress and convert it.

And you can also uninstall it via below command.