Tanks of Freedom is a free and open source indie turn based strategy game for Linux, Windows, MacOS, FreeBSD and Android. This game is based on Godot Engine and in isometric pixel art visuals. It is released under open source MIT license. You can create game maps using build-in map editor. You can fight yourself in campaign against AI or play with you friends. 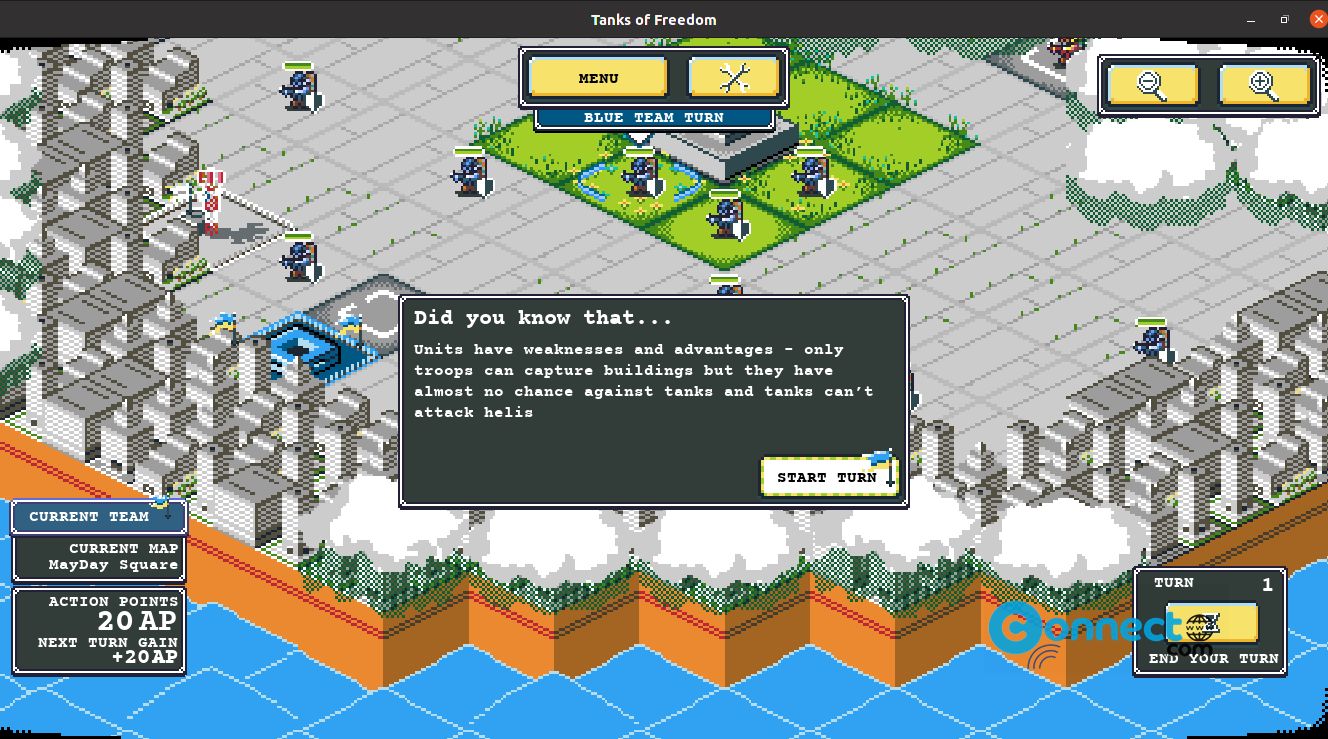 Install Tanks of Freedom on Ubuntu

Tanks of Freedom is available as portable bin and flatpak. Go to above download page and click the download button and just click the “No thanks, just take me to the downloads” link to get the game free. If you want to support the developer then donate some money and download. Here the downloaded file name is “ToF_Beta_0.7.0_linux64.bin” and save it on your Downloads folder.

Also Read:  Save your Personal Data with Pika Backup

Open your terminal (ctrl+alt+t) and run below commands based on file name.

Install Tanks of Freedom via Flatpak:

You can run Tanks of Freedom game via this command.

How to install jdownloader on ubuntu 12.10

How to install GDM, SDDM & LightDM Display Manager on Fedora