ScreenFetch is a free and open source command-line tool for Linux system. Using ScreenFetch you can get some basic system details like OS, kernel, shell, Desktop, theme, font, CPU, GPU, RAM details and along with your Linux distro logo in ASCII art. It comes with options to specify no ASCII art, colors, taking a screenshot upon displaying info, and even customizing the screenshot command. It is released under GNU General Public License v3.0. It is similar to Neofetch and cpufetch tool. 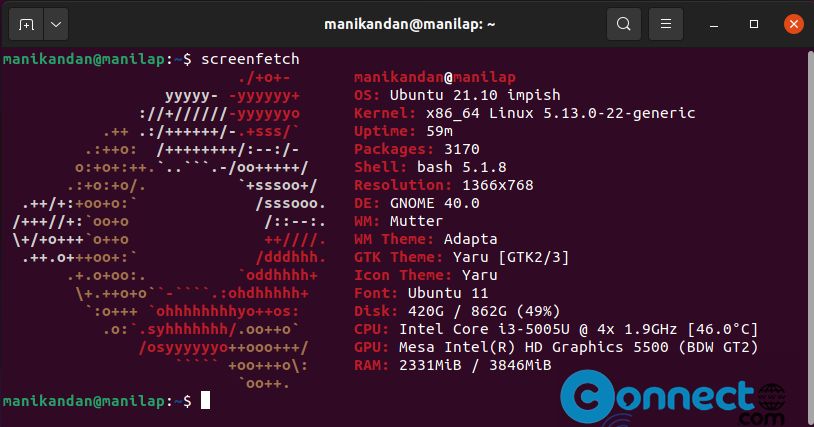 How to install ScreenFetch on Ubuntu Linux

ScreenFetch is available via the default Ubuntu repositories and PPA. Open the terminal application using ctrl+alt+t keys or via application menu and run below commands one by one to install and run ScreenFetch.

You can also install ScreenFetch via PPA. In terminal run below command to add its PPA. And run all other commands one by one to install it. you need to confirm adding the PPA by using entering the enter key during install.