Pokete is a free and open source terminal based game for Linux, Windows and MacOS. In this game your are a Pokete Trainer and your goal is it to run around in the world and catch and train as many Poketes as possible. It is written in Python and released under GNU General Public License v3.0. 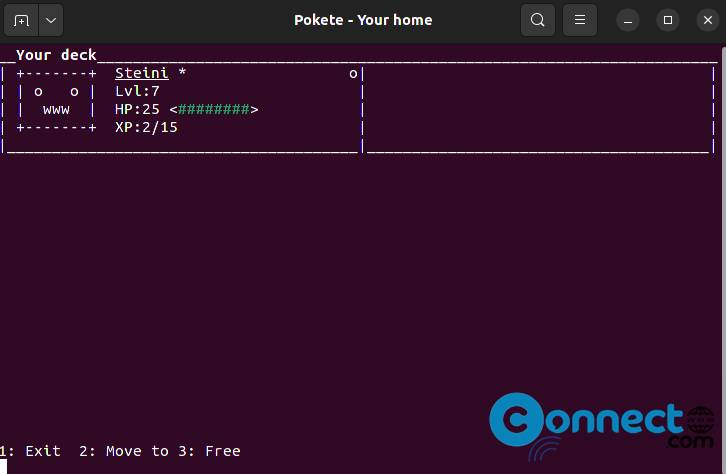 How to install Pokete on Ubuntu Linux

You can run the game via portable AppImage and via flatpak from remote flathub. Download Pokete game in .AppImage file format from the above download link and save it on your Downloads folder. Here the downloaded file name is “Pokete-0.7.3-x86_64.AppImage“. You can change below commands based on your downloaded file name and save path.

Open the terminal app using ctrl+alt+t keys and run below commands one by one. It will start Pokete game.

First install flatpak and flathub on your system and restart it after the installation. Now in your command-line terminal app run below Pokete flatpak installation command. It will install the latest version of Pokete game on your system.

And uninstall Pokete via this command.

How to install Signal Private Messenger Desktop app on Ubuntu

How to install Fedora 15 on Oracle virtualbox