Naval Battle is a small free and open source turn based battle ship sinking board game for Linux. In this game you need to place ships on the sea. You need to hit your opponents ships in your turn without knowing where they are placed. Just destroy all opponent ships to win this game. It is kde project and released under GPL-2.0+ license. It comes with single player mode and network game mode and you can also host the game. Some other features are keyboard shortcuts and three different hard level modes. 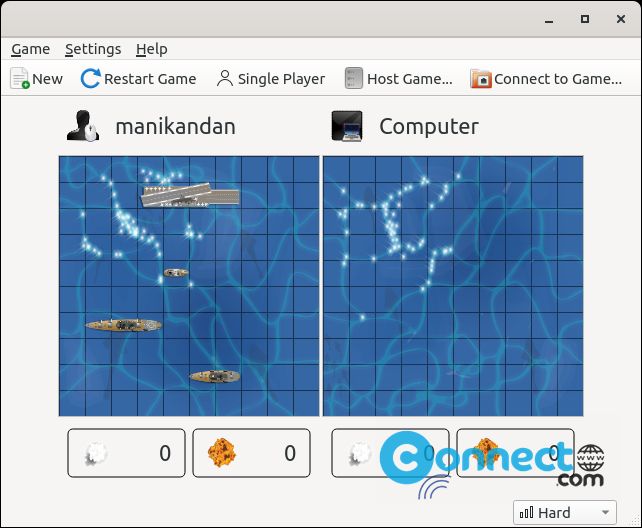 Naval Battle is available via flatpak and snap packages. You can install it via the terminal application.

Install flatpak and flathub on your system and restart it. Open the terminal (ctrl+alt+t) app and run below flatpak installation command.

Run Naval Battle via below command.

You can also install Naval Battle via snap. In terminal run

How to change themes in Linux mint

Monitor your Wifi with Wavemon – How to install Wavemon on Ubuntu