LogarithmPlotter is a free and open source 2D Plotter application for Linux, Windows and MacOS. Using LogarithmPlotter you can create dynamic plots, asymptotic Bode plots, sequences or statistical repartition functions and create, position, edit and delete objects. You can use this application for logarithmic and non-logarithmic plots. It is written in QML, JavaScript, Python and released under GNU General Public License version 3. It comes with advanced history system to easily rollback to a previous state of your diagram. You can also customize the diagram looks and easily save the plots. 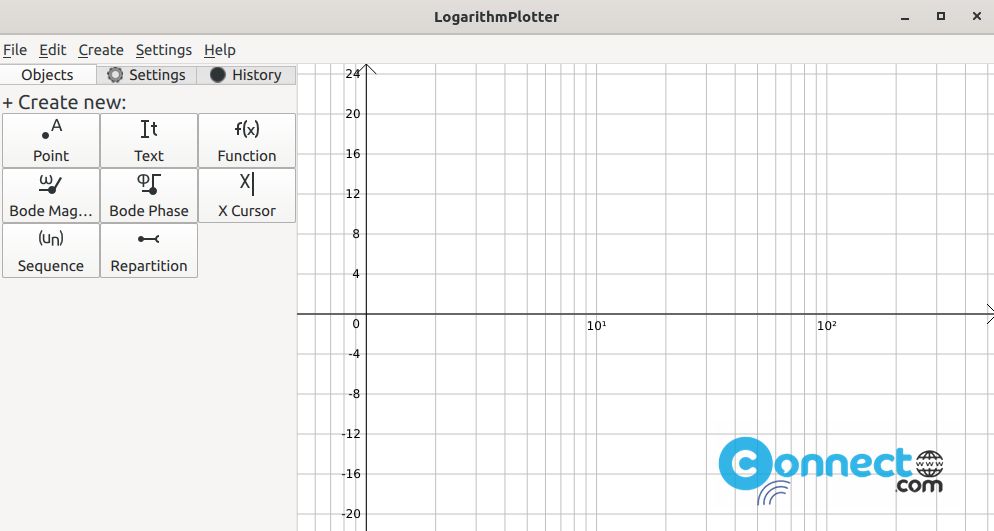 LogarithmPlotter is available via flatpak, snap and PPA. So you can easily install it on Linux based system.

Install flatpak and flathub on your system and restart your system after the installation, if you don’t have them. After that in terminal application run below flatpak installation command.

You can start LogarithmPlotter application using below command.

To add PPA on your Ubuntu system you need to open the terminal application (ctrl+alt+t) and run below commands one by one.

In terminal run below LogarithmPlotter snap installation command to install via snap.

If you don’t like it then uninstall it via

How to install Pale Moon Browser on Ubuntu

How to Install MX Linux on Oracle virtualbox