Kigo is a free and open source Go game for Linux and Windows. This Go board game is a strategic two player board game. The game is played by two players who alternately place black and white stones on the vacant intersections of a grid of lines. It is released under GNU General Public License v2.0 or later. It comes with keyboard shortcuts, enable hint support and add new game themes. 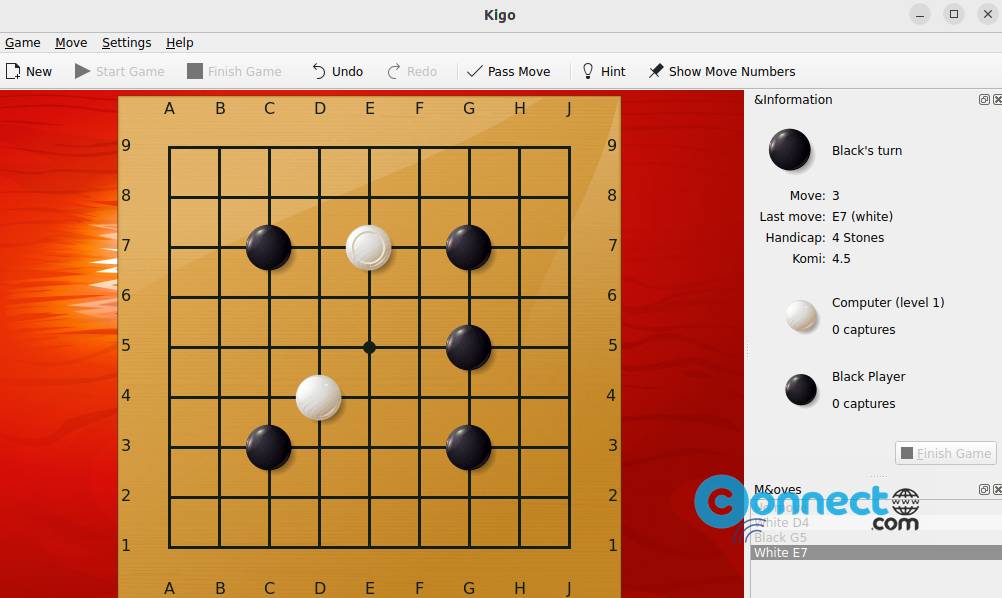 Kigo is available as a snap and flatpak package files. In terminal command line software (ctrl+alt+t) run below command to install the latest version of Kigo on your system.

You need to install flatpak and flathub on your system first and restart it after the installation.
Now open the terminal command and run below Kigo Go Game flatpak install command.

After the installation you can open it via below command

You can also uninstall it using this

How to restore thunderbird profile in ubuntu

How to install Musiko Music Player On Ubuntu