Hydrogen is a free and open source advanced drum machine for Windows, Linux and MacOS. Using this you can do professional pattern based drum programming. It comes with stereo audio engine, with import of sound samples in wav, au and aiff formats. You can also use compressed FLAC file samples. It is released under GNU General Public License v2.0. 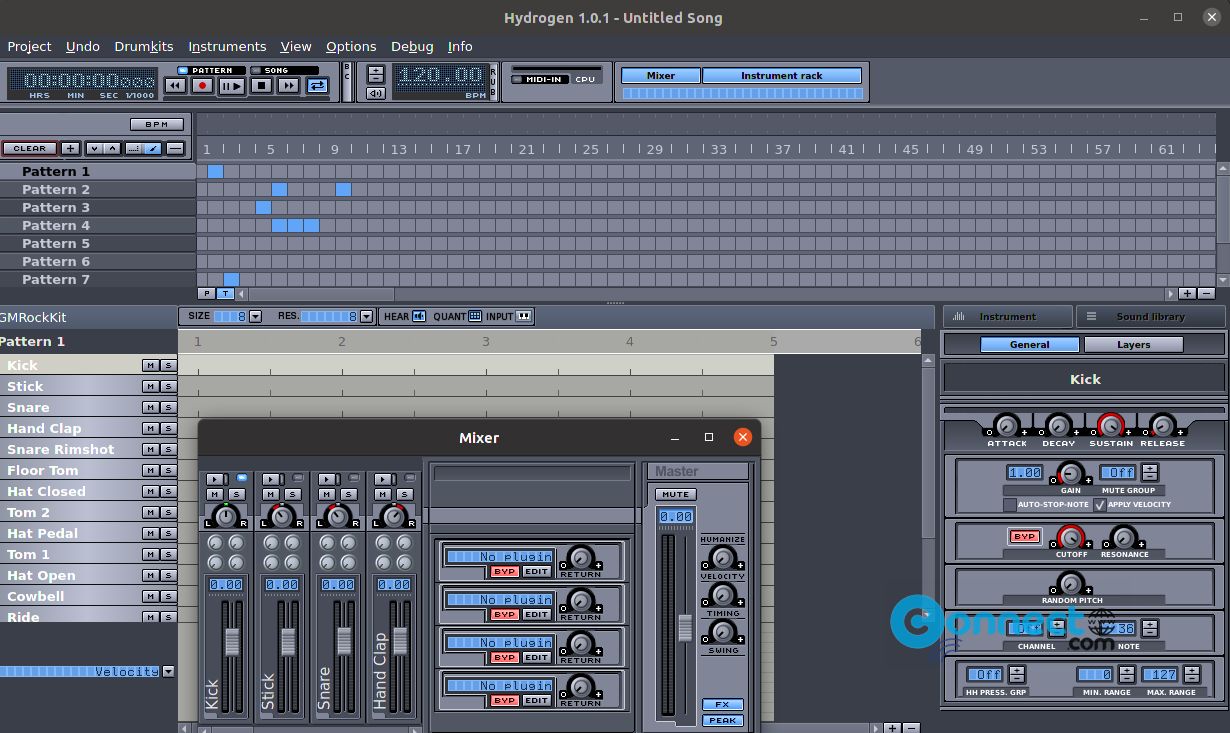 Hydrogen is available in Main Ubuntu repositories and as a flatpak packages for Ubuntu Linux. Open the Ubuntu terminal software (ctrl+alt+T) and run these below commands one by one to install Hydrogen. It will install latest version of Hydrogen on Ubuntu. If needed enter your Ubuntu user password during the installation.

You can also install Hydrogen Drum Machine via the flatpak. First install flatpak, if you don’t have flatpak. Restart your system after flatpak installation.

Open your terminal app and run below Hydrogen installation command.

Then run Hydrogen via below command.