How to install Nootka On Ubuntu – Classical Score Notation App

Nootka is free and open source musical notation application for Windows, MacOS, Android and Linux. Using this you can teach or learn classical music notation easily. It helps you to develop your playing and singing skills from a score. It comes with musical notation rules and exercises for practice and to create own sets. It is very helpful tool for guitarists and ear training people. For guitarist, it comes with different kinds of guitars, theirs tuning in natural guitar sound. 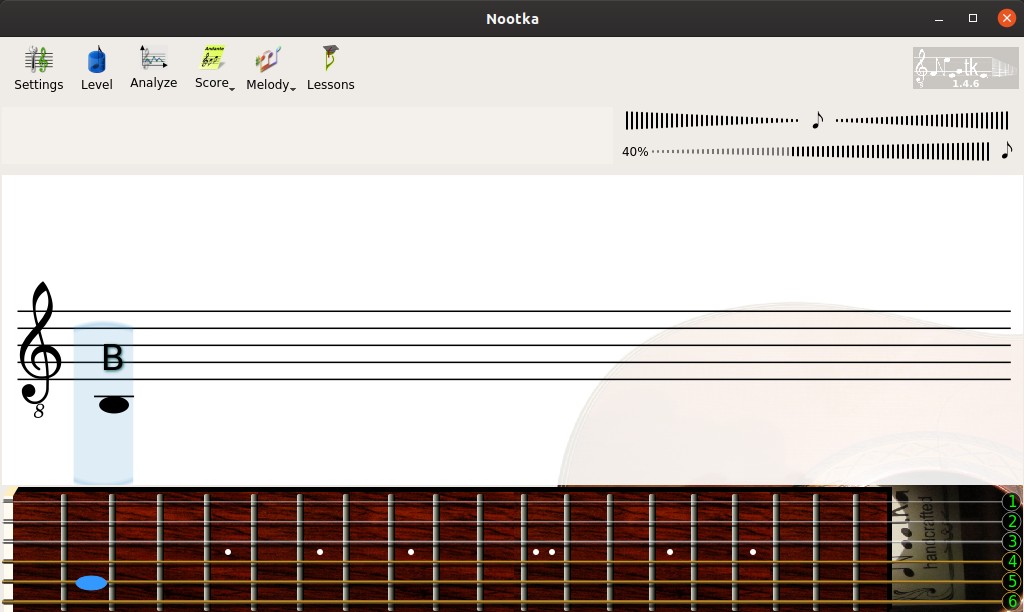 Lots of options available to install Nootka Score Notation App On Ubuntu. You can do it using portable AppImage, deb package file and Flatpak. In this article we will see one by one.

Then run the below command to change the file permission.

Note: Here the downloaded file name is “nootka-1.4.6-x86_64.AppImage” . you can change the file name in above command according to yours.

You can also do it via GUI method. Right click on the downloaded .AppImage file and select Properties.Then go to the Permissions tab and check the Allow executing files as program option.

Then run the below command and press the enter key

And navigate to your downloaded nootka deb file location. For me its Downloads folder. you can change according to yours. In terminal

In this command nootka_1.4.6_amd64.deb is the downloaded file name. You can change above command according to yours. Then run

That’s all. click the show applications in the Ubuntu Gnome dock and type nootka in the search box and click nootka to open it.

Install and setup flatpak first. Follow the below tutorial link to install the flatpak on Ubuntu.

After the installation of flatpak in you Ubuntu, Open your terminal app (Ctrl+Atl+T) and run the below command

During the installation of Nootka press y and enter when it asked to confirm the installation. Then run Nootka Score Notation App by running the below command in terminal.