Syndic is a free and open source feed reader application for Linux and Android. Using this feed reader you can read any rss and atom website feeds on your system. It is a simple, easy to use, responsive feed reader. It supports both mouse and touch inputs. You can open the feeds in your default browser, mark all read, hide read feeds, bookmark star, automatic feed fetch, import and export feed via OPML data and more. 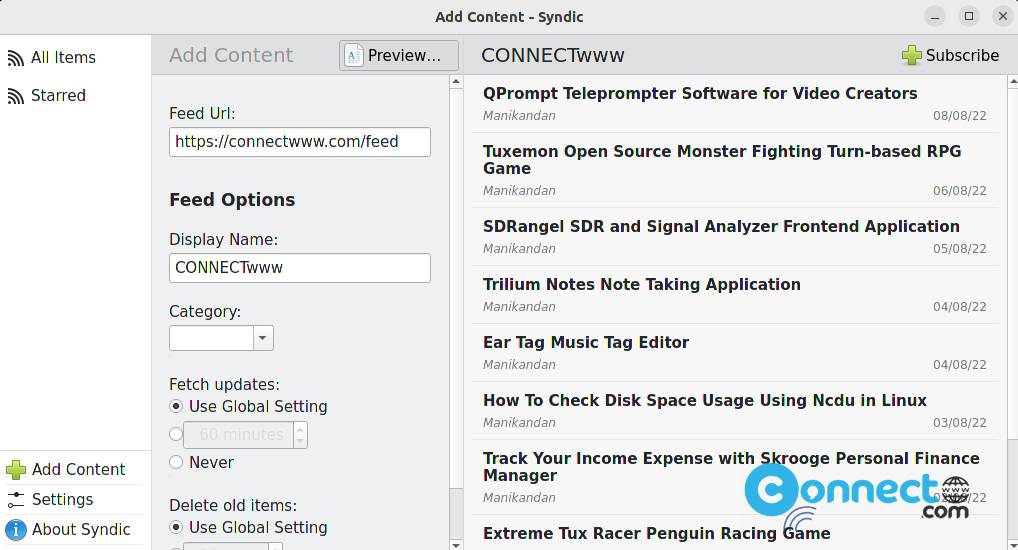 How to Install Syndic Feed Reader on Ubuntu Linux

You can install the Syndic Feed Reader via the official Ubuntu PPA and flatpak. Open the terminal application and run below commands to add Syndic PPA and install the latest version of Syndic on your system

You can also Install Syndic via flatpak. First install flatpak and flathub on your system and restart your system after the installation. Now in your terminal application run below Syndic flatpak install command.

After the successful install of Syndic, run below command to open it.

And uninstall Syndic using this command.