Google is celebrating 2012 london olympic with a new archery doodle on its homepage.
Archery had its debut at the 1900 Summer Olympics and has been contested in 14 Olympiads. 83 different nations have appeared in the Olympic archery competitions, with France appearing the most often at 11 times. It is governed by the International Archery Federation (FITA). 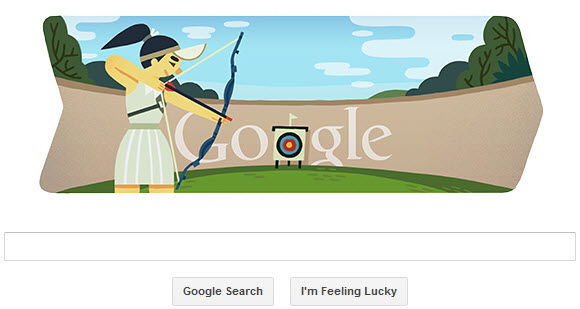