FreedroidRPG is a open source Tux based role playing game for Linux, macOS and Windows. In this game you need to play as tux and save the world from enemy robots. It comes with real time combat features with weapons. In this game you can use more than 50 items to fight with robots and alter their behavior to make it good robot. It is released under GNU General Public License version 2.0 (GPLv2) License. 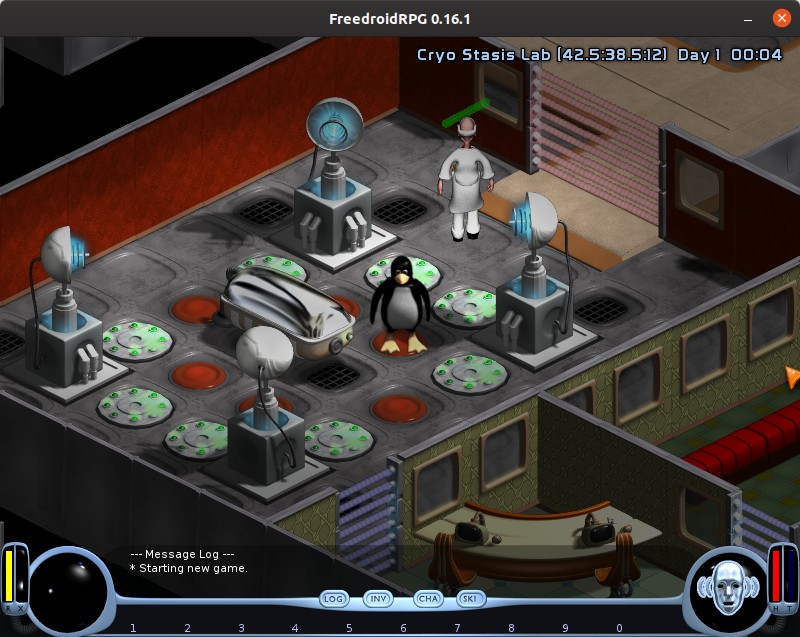 You can install FreedroidRPG role playing game easily with Ubuntu package manager. First open the terminal app (Ctrl+alt+T) in your Ubuntu system. Then run the below command to update your software source list.

Enter your Ubuntu user password if needed. After that run the below FreedroidRPG role playing game installation command in the terminal window.

After that installation of FreedroidRPG role playing game to start it, click the show applications in the Ubuntu  dock and type Freedroid RPG in the search box and click Freedroid RPG to open it.

If you need to install the latest version of FreedroidRPG, then you need to build from source.

Download source file in .tar.gz and extract it . then navigate to extracted folder via cd command in terminal. Then use the below commands to build it.

Terminal may notify you that some library is required. Install the required packages using sudo apt install command and restart ./configure command, Then

How to install Android Studio on Ubuntu Linux

How to uncompress or open a rar file in ubuntu

Off the Grid Social Network Manyverse