Freeciv is a free and open source turn-based empire building strategy game for Windows and Linux. It is released under GNU General Public License v2.0. This game is heavily inspired by the history of human civilization. In this game you need to lead your people from the Stone Age to the Space Age. It comes with Internet & LAN multiplayer support, Modpack support, 50 playable units, over 550 nations and up to 126 players. 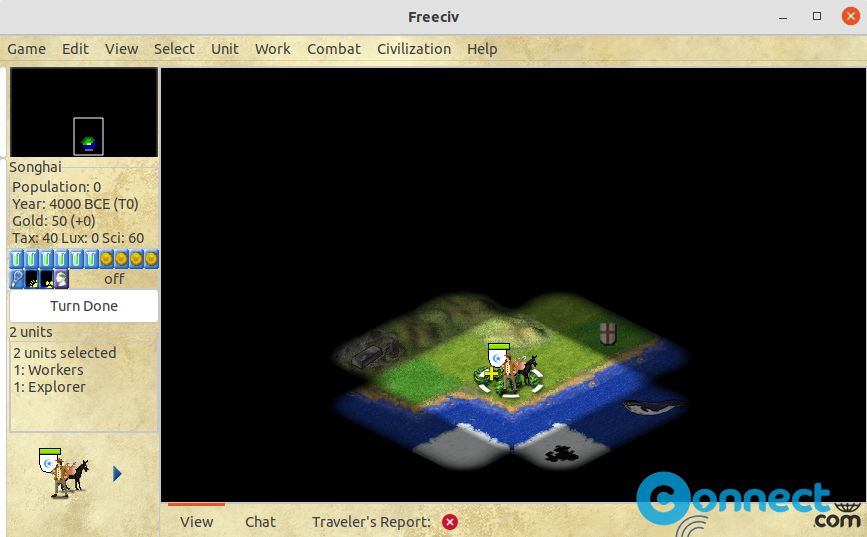 Freeciv client is available as a flatpak package from flathub. You can easily install it via your terminal command line application. If you don’t have flatpak and flathub then follow below link to install it on your system and restart after installation.

How to install Flatpak on Ubuntu Linux

After that open the terminal app (ctrl+alt+t) and run below Freeciv flatpak installation command. It will install the latest version of Freeciv on your system.

You can run it via below command

and if you don’t like it then uninstall it via