Dot Matrix is a free and open source glyph playground for Linux. Using Dot Matrix you can make any icon, glyph or anything by just joining the dots with lines. You can draw with lines, ark and inverted ark. You can set the line type, line thickness and color. You can save the output file in SVG file format and it also comes with keyboard shortcut support. It is released under open source GNU General Public License v3.0 and written in Vala. 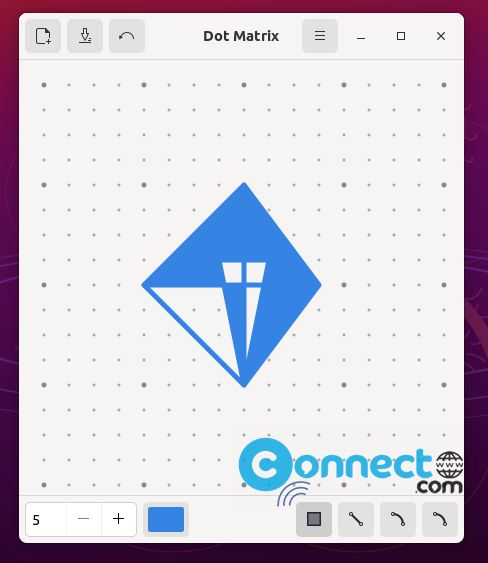 How to install flatpak and flathub on Ubuntu linux

You can run it via

And uninstall it via

How to install Abiword word processor on Ubuntu Linux