Google is celebrating Carlos Juan Finlay’s 180th birthday with a new doodle on its homepage.
Carlos Juan Finlay (December 3, 1833 – August 20, 1915) was a Cuban physician and scientist recognized as a pioneer in yellow fever research.Finlay was born Juan Carlos Finlay y Barres, in Puerto Príncipe (now Camagüey), Cuba, of French and Scottish descent. He reversed the order of his given names to “Carlos Juan” later in his life. In 1853 he attended Jefferson Medical College in Philadelphia, Pennsylvania. He graduated in 1855, and completed his studies in Havana and in Paris. 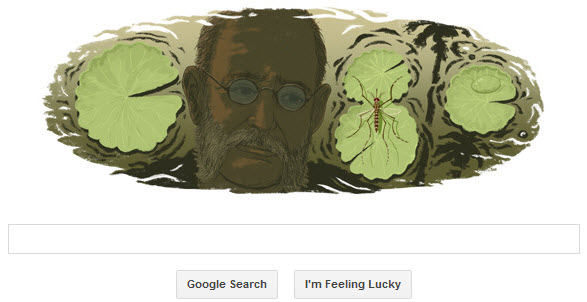