There was a time when the big blue “e” – Internet Explorer – was the gateway to the internet. People had no idea what browsers were, but since then the market for them has simply exploded. Today, there are more than half a dozen major browsers that you can choose. Let’s take a look at some of the best web browsers that you can download and use right away. 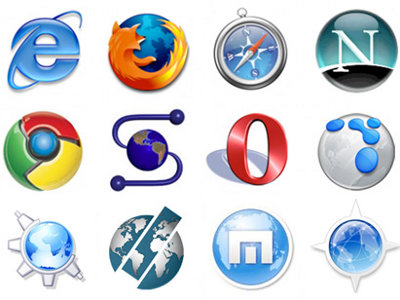 Firefox was one of the first independent browsers that became popular a few years ago. It is free and open source, and works with just about any computer you throw at it. It is very fast and has a very flexible interface, so you can tweak it however you want. Over the last year or so, its popularity has decreased somewhat because of the rise of Google Chrome. However, it is in no way a lesser browser.

One of the reasons why you would choose Firefox is that it runs on all platforms. It is built for Windows, Mac and also Linux. What’s more, if you have an Android smartphone, it works there as well. Moreover, with its millions of extensions and add-ons, you can add all the functionality you want.

Chrome is a relatively new browser, yet it is one of the best in the market. It has a minimal interface and is very fast to use. It has also proven to be the most secure browser on nearly all the platforms it has been tested on. Like Firefox, it has wide support for the latest web technologies such as HTML5 and CSS3. It is currently the most popular browser among users worldwide.

Not unlike Firefox, Google Chrome is also a cross platform browser. It works equally well on Windows, Macs and Linux. You do not need to worry about looking for a new version every week because it automatically updates in the background without getting noticed. For most intents and purposes, Chrome is a flawless browser that will handle your daily browsing just fine.

Opera is one of the oldest browsers around. It was the first browser to have tabs in addition to windows, which has been copied by each and every modern browser. It is a lesser known software than others, but it is still one of the fastest around. It has a highly functional interface. When you open a new tab, it presents a list of most frequently visited websites.

This feature has again been copied by other browsers. Opera also runs on all kinds of devices from low end phones to high end PCs. In fact, it was the first true mobile browser that allowed people to access the internet from the phones.

Between these three browsers, there is not much to choose. They are all fast and you won’t notice a huge speed difference between them for the most part. The truth is that you cannot go wrong with any of these browsers, because they are all modern and set the standard for other browsers. .

Fenix Raw is a marketing representative from ExamsKey.Want to boost up your knowledge with Examskey exam assistance. Grab the advantage of Exams key CSE Certification Preparation  training material and lead your way with success.

Dropbox Security and the Latest Controversy