Sleek is a free and open source todo manager based on todo.txt for Linux, MacOS and Windows. It is released under open source MIt license. You can create a new todo.txt text file or import todos from the existing todo.txt file. You can mark todo as complete and shown or hidden that todo. Some other features are grouped by priority, sorted by due date, keyboard shortcuts, tabindex, build-in file watcher, hyperlinks and dark theme support. 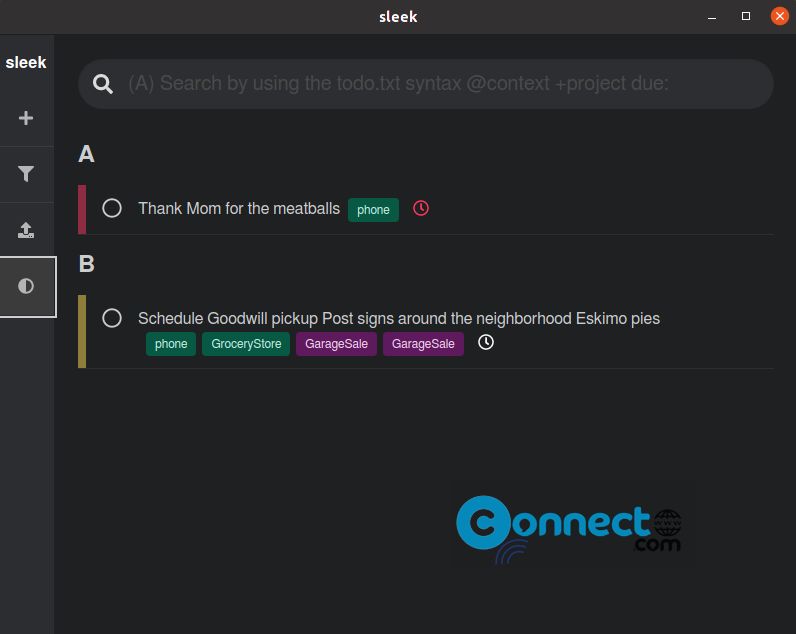 Sleek is available via snap, AppImage and in native deb package file format. You can install it via the terminal command line app.

Open the command-line terminal app (ctrl+alt+t) and run the sleek installation command. It will install the latest version of sleek on your system.

Download sleek in .AppImage file format from the above download link and save it in your Downloads folder.Open terminal and run below installation commands one by one.

Same as like the AppImage download the latest sleek in .deb file format and save in your Downloads folder. In terminal run below commands one by one.

Organize your Book Video and Music Collections with Tellico