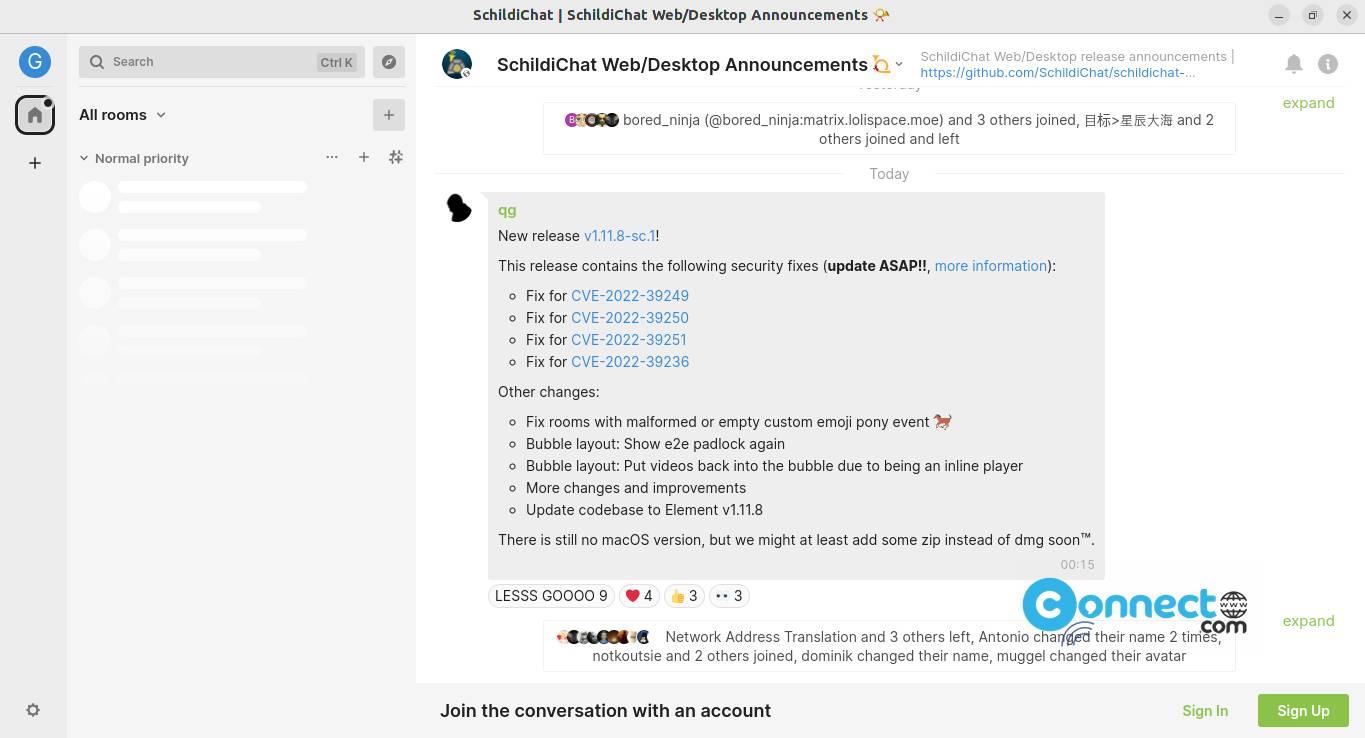 How to Install SchildiChat on Ubuntu Linux

Download SchildiChat in portable .AppImage file format from the above download link and save in on your downloads folder. In the terminal software (ctrl+alt+t) run below commands one by one. Here “Downloads” is the file path and “SchildiChat-1.11.8-sc.1.AppImage” is the downloaded file.

You need to download SchildiChat app in the native .deb package file and save it on your downloads folder. In the terminal run below command to install SchildiChat. Here “schildichat-desktop_1.11.8-sc.1_amd64.deb” is the downloaded file name.

Install flatpak and flathub on your system and restart it after the installation. Now in the terminal app run below SchildiChat flatpak installation command.

After the installation you can open it using below command.

How to install phpbb on ubuntu