Google is celebrating Rosalind Franklin’s 93rd birthday with a new google doodle on its homepage.Rosalind Elsie Franklin (25 July 1920 – 16 April 1958) was a British biophysicist and X-ray crystallographer who made critical contributions to the understanding of the fine molecular structures of DNA, RNA, viruses, coal, and graphite.Franklin was born in Notting Hill, London,into an affluent and influential British Jewish family. Her father was Ellis Arthur Franklin (1894–1964), a London merchant banker, and her mother was Muriel Frances Waley (1894–1976). 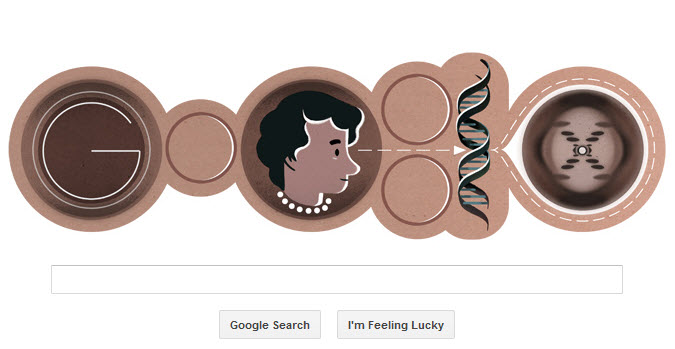