Google is celebrating Robert Doisneau’s 100th birthday with his landmark shots in a new google doodle on its homepage.
Robert Doisneau (14 April 1912 – 1 April 1994) was a French photographer. In the 1930s he used a Leica on the streets of Paris; together with Henri Cartier-Bresson he was a pioneer of photojournalism.He is renowned for his 1950 image Le baiser de l’hôtel de ville (Kiss by the Hôtel de Ville), a photo of a couple kissing in the busy streets of Paris. Robert Doisneau was appointed a Chevalier (Knight) of the National Order of the Légion d’honneur in 1984 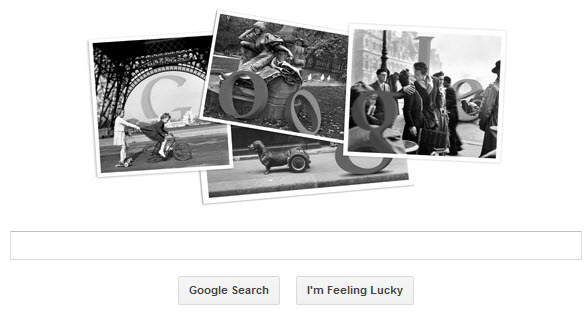