Lutris is a free and open source game desktop client for Linux. Using this desktop client you can install and play games from Lutris and also connect with GOG, Steam, Origin, Epic games and ubisoft connect, Humble Bundle and Amazon prime Gaming. Just create a Lutris account to link with your client to automatically sync fetch library from the website. It comes with old and new games and you can easily install it on your system without any emulator. It is written in Python and released under GNU General Public License v3.0 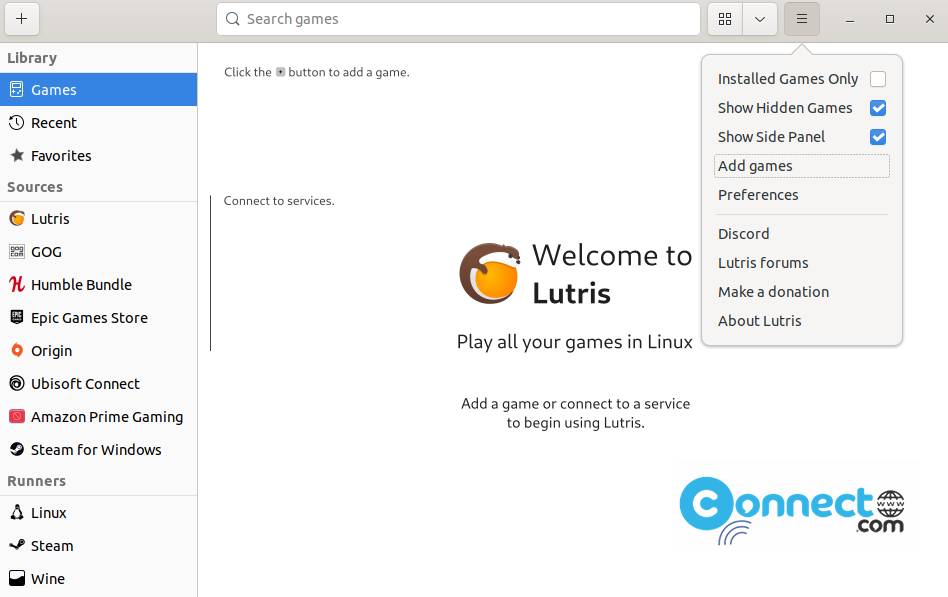 Lutris is available as flatpak, native deb and via PPA. First install flatpak and flathub on your system and restart your system. Now open the terminal application (ctrl+alt+t) and run below Lutris flatpak install command. This will install the latest version of Lutris flatpak with all necessary dependency as Lutris cannot ship with every component in its runtime.

You can run this app using

and uninstall Lutris via below command.

Download the latest Lutris in native deb package file and save it in your Downloads folder. Now in the terminal run below command.

Here “lutris_0.5.11_all.deb” is the downloaded file name and Downloads is the path. You change these based on your file name and path.

In terminal app run below command one by one.

Interactive Graphing and Analysis with LabPlot

How to install Bitwarden on Ubuntu Linux