KTuberling is a free and open source simple constructor game for Linux and Android. It comes with 10 playgrounds with different game themes. These are Potato guy, Potato guy 2, Ancient Egypt, Butterflies, christmas, Pizzeria, Robin tux, Robot workshop, moon and Train valley. All game are more suitable for kids. The idea of the game is based around a once popular doll making concept. It is released under GNU General Public License v2.0 or later. 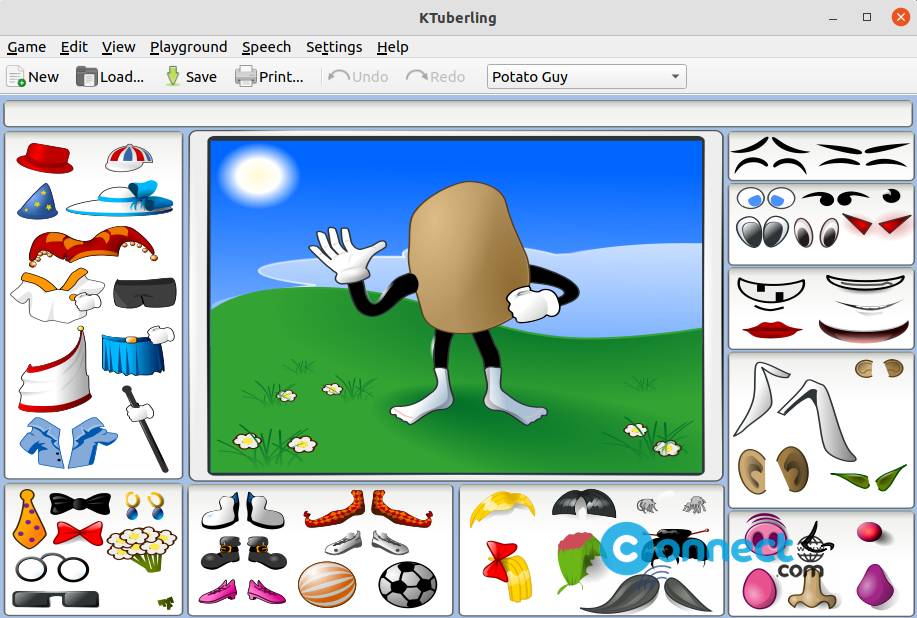 KTuberling is available as a snap, flatpak and from default Ubuntu repositories. Open the command-line terminal software using ctrl+alt+t keys and run below KTuberling installation command. It will install the latest version KTuberling on your Ubuntu system.

You can open KTuberling from the applications menu or via below command.

In terminal app run below KTuberling snap installation command. it will install the latest KTuberling from snap store.

You can uninstall KTuberling using below command.

Install flatpak and flathub on your system and restart it after the installation . Now open the terminal and run below KTuberling flatpak install command.

And you can uninstall KTuberling flatpak using below command.

How to install Google Chrome on ubuntu 15.10