KRuler is a free and open source ruler application for Linux. It is a on screen ruler application. You can measure anything from your desktop in pixels. You can position the 0 at your starting point and measure distance between your cursor. It is released under GNU General Public License v2.0 or later. In this ruler application you can change the ruler color, rotate the ruler horizontally and vertically, scale, change the opacity, tray icon and keyboard shortcut support. 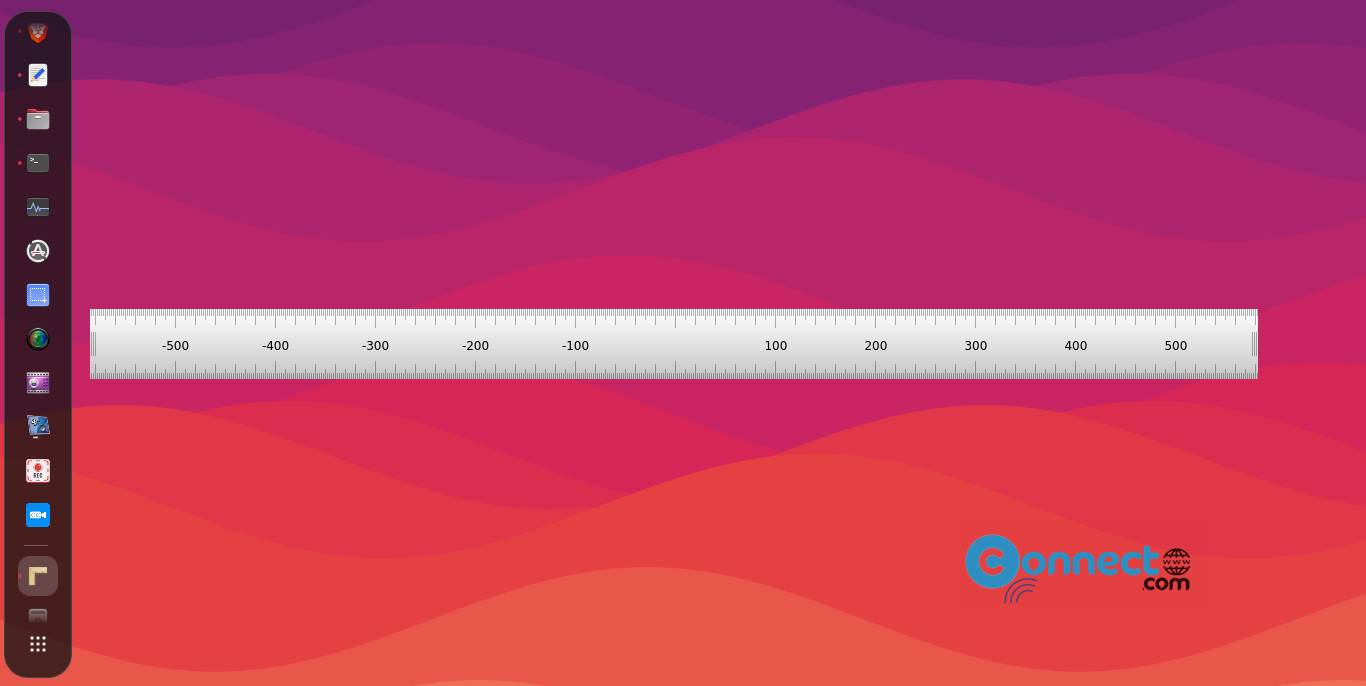 KRuler is available as a snap and flatpak packages. In your terminal command-line application (ctrl+alt+t) run below KRuler snap installation command. It will install the latest version of KRuler on your system.

First install flatpak and flathub on your system and restart it after the installation. Now in your terminal app run below KRuler flatpak install command.

After the KRuler installation you can run below command to open it.

You can also open it via the applications menu.