Iotop is a free open source disk I/O monitoring command-line system administrator utility for Linux. Using this tool you can trace the specific process that may causing a high disk I/O read/writes. Because it provides option to monitor Linux Disk I/O usage details. It is based on Python and released under GNU GPL license. You can view all I/O utilization by process or threads on your system. 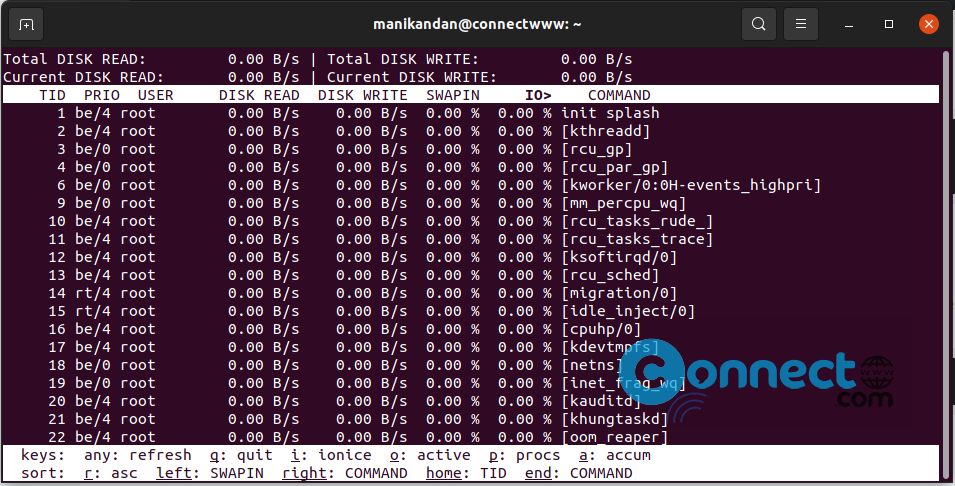 The Linux kernel interfaces that iotop relies on now require root privileges or the NET_ADMIN capability. So after the iotop installation run below command to start it.

It will show all running processes along with information about their current disk I/O usage details.

If you want to show the current processes or threads actually doing I/O only, then run this command.

For the complete usage details run,

How to install vnstat network traffic monitoring tool on Ubuntu