Today google india celebrates ICC Cricket World Cup 2011 and the new Google Doodle is showing the letters of its logo google written on a cricket field with the second G in the word ‘Google’ been replaced by a batsman.The 2011 ICC Cricket World Cup will be the tenth Cricket World Cup and will be hosted by three South Asian Test cricket playing countries: India, Sri Lanka and Bangladesh. 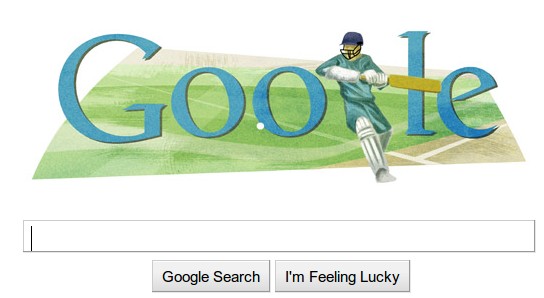