Open Surge is a free open source 2D retro platformer type of game for Linux, Windows, MacOS and android. This game is heavily inspired by Sonic games. This game also comes with game engine. Using this you can create new levels for your games. Not only levels, items, bosses, gameplay mechanics, playable characters, special abilities with its build in level editor and game engine. It is written in c and Allegro library and released in GPL-3.0+ license. This is really a fun game for all age group. 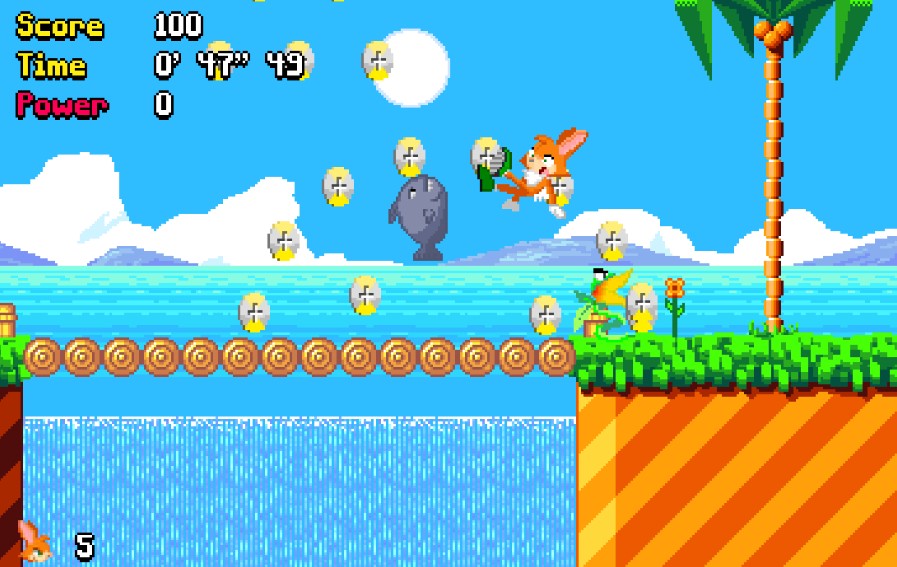 Open Surge is available as snap a package for Ubuntu. You can install it via your Ubuntu terminal. Open terminal (Ctrl+Alt+T) and type the below command and hit enter.

If you like the terminal way, then run this command to start open surge on ubuntu.

Android development still in beta stage. You can use your keyboard or a joystick to play this game.

Keys and their actions are arrows key for movement, space for jump, enter key for pause the game, Esc key for quit the game, left Ctrl for switch character and F12 to open the level editor.

The Legend of Edgar Platform Game