Musiko is a free and open source music player with minimal interface for Linux, MacOS and Windows. You can play your local music files with this player. It supports mp3, mp4, flac, wav, ogg, wma and some other file formats. This is still in active development and early stage. You can display the music by albums. It comes with Search and filters support and you can create playlists in this player. It recognize a lot of music metadata and shows like lyrics, disc subtitle, track, disk, title, album, cover picture, synchronized lyrics, discsubtitle, albumartist, artist, genre and released year. Currently it is avaialble in more than ten languages. 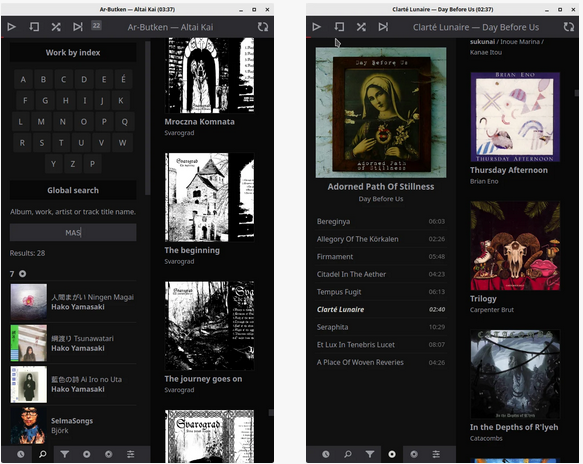 Download the latest version of Musiko Music Player from above download link and save it on Downloads folder.
Open your terminal command-line app (ctrl+alt+t) and navigate to the Downloads folder.

Then make the downloaded file as executable using below command.

Here “Musiko-1.0.5.AppImage” is the downloaded Musiko file name. You can change the above command based on your file name. Enter your Ubuntu user password. Then start Musiko Music Player using below command.

How to install ghostwriter on Ubuntu – Distraction-free Markdown editor