i2pd or I2P Daemon is a free and open source I2P client for Linux. I2P/Invisible Internet Protocol is a anonymous network layer. It encrypts the user’s traffic and IP by using end-to-end encryption and sending it through a distributed volunteer run network. It comes with rich set of APIs for developers of secure applications. I2P client is a software used for building and using anonymous I2P networks.It is written in C++ and released BSD 3-Clause “New” or “Revised” License. 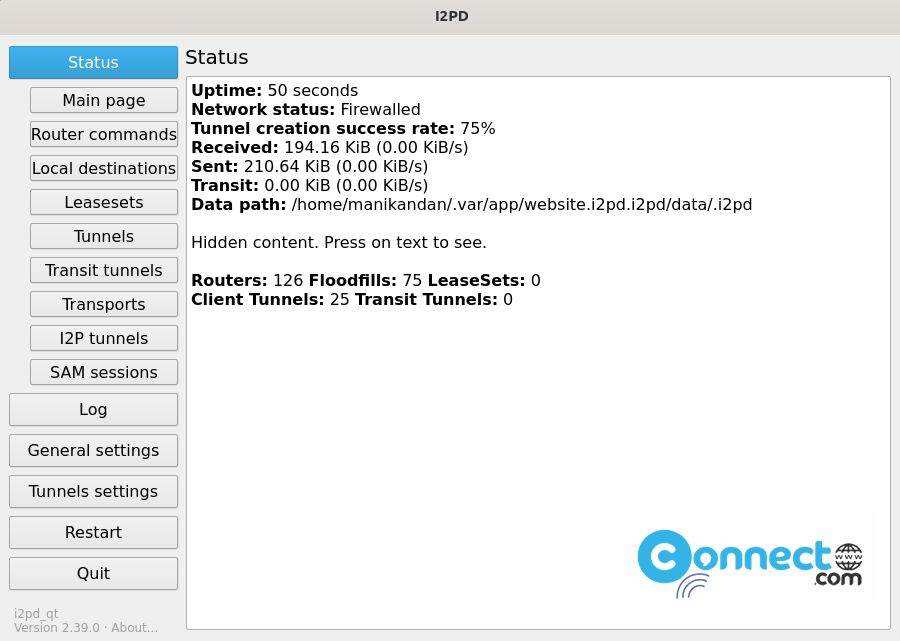 i2pd is available as flatpak and native deb package file format for Linux. First install flatpak and flathub on your system and restart it. Open terminal and run below command to install i2pd on your Ubuntu Linux system

After the installation you can start it by below command.

You can also uninstall it via below command.

Download i2pd
Download latest version of I2P Daemon in the .deb file format from the above link and save it on your Downloads folder. Open terminal and run below command.

How to install 7-Zip for Linux on Ubuntu – Official Method

Flameshot screenshot software for Linux – How to install flameshot on Ubuntu

How to install XDM Xtreme Download Manager On Ubuntu