Apache JMeter is a free and open source load testing and performance measurement software for Linux and Windows. Using this you can test on static and dynamic resources, Web dynamic applications. It supports HTTP, HTTPS, SOAP, REST Webservices, FTP, JDBC, LDAP, JMS, SMTP(S), POP3(S) and IMAP(S) protocols and applications. It comes with command line mode, HTML report, multi-threading and highly extensible. You can also simulate a heavy load on a server, network or object to test its strength. It is written in java and released under Apache License 2.0. 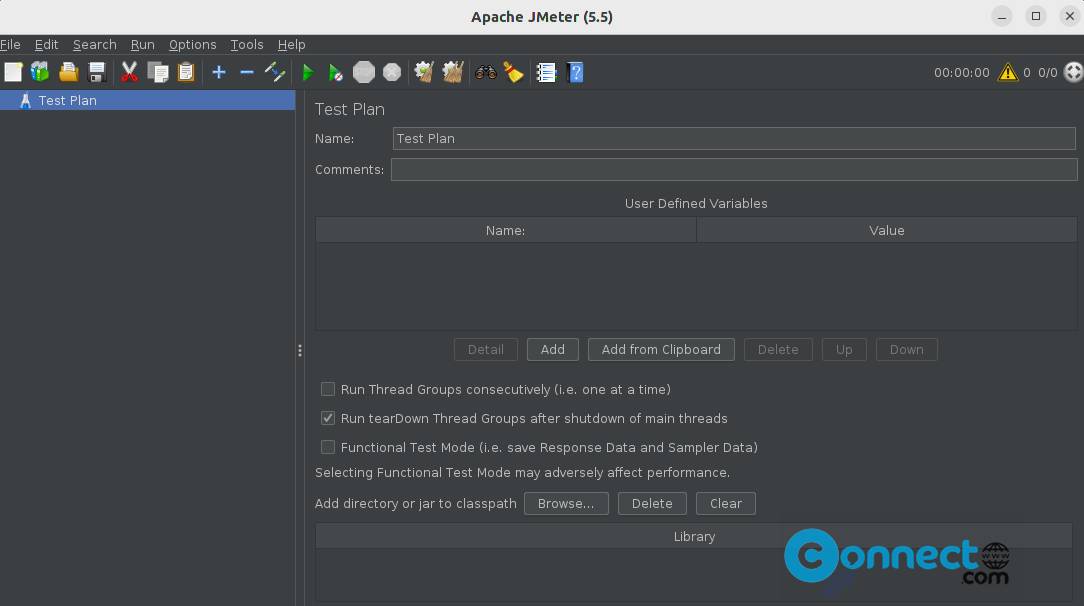 How to Install Apache JMeter on Ubuntu Linux

You can install Apache JMeter via flatpak from flathub. First install flatpak and flathub on your Linux system and restart it after the installation.

In the terminal software run below Apache JMeter flatpak command. You can open it using the ctrl+alt+t keys.

After the successful installation of Apache JMeter, run below command to run it.

You can also uninstall Apache JMeter using below command.

Save Linux Laptop Battery with TLP