TAGAP 2 is a free apocalyptic game about Penguins.

Play as cyber-penguins Pablo and Pedro and stop the Penguin Apocalypse.
The new nemesis Primo brings his own special penguin forces with him.
Plenty of weapons, combat vehicles and power-ups.
Experience the entire campaign with a friend in splitscreen co-op mayhem.
Slick retro-esque 2D gaming with 3D accelerated effects.
high-quality audio and soundtrack with over 70 minutes of funky awesomeness
Built-in level editor and simple scripting system make creation of game mods easier. 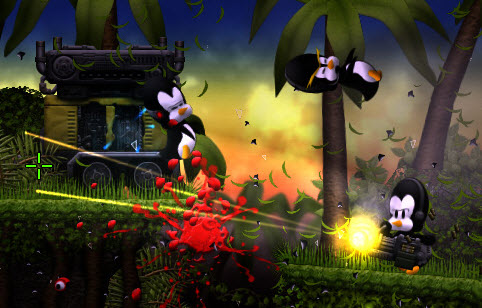