ShareX is a free open source screen capture and file sharing software for windows. It is released under GNU general publick license version 3.The downloaded windows installer file size is under 5 MB and it is lightweight. 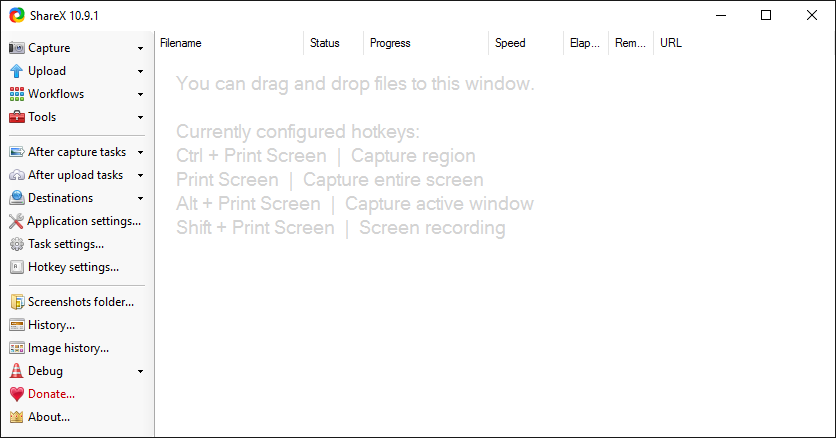 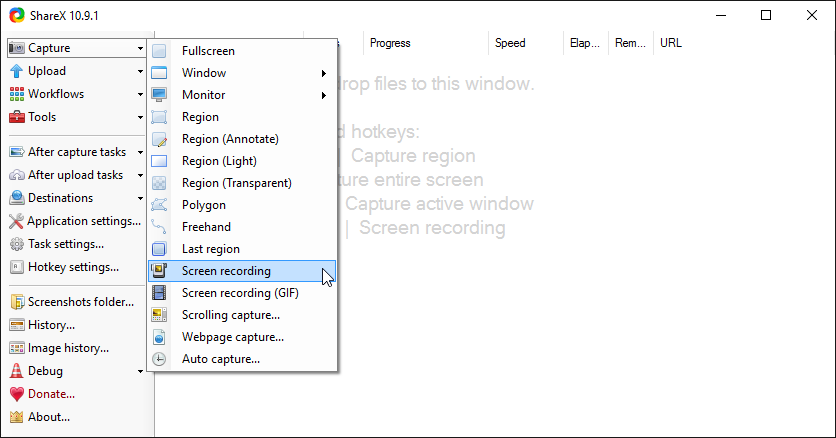 After the capture, you can upload images to multiple file,image and text hosting sites.ShareX Supports over 50 different image, text, and file hosting services such as Imgur, imageshack, flickr, photobucket, FTP, Dropbox, Pastebin,OneDrive, Google Drive, VideoBin etc. Using ShareX you can also use the URL shortening services like bitly, due.im.You can Upload file, Upload folder and also from URL. 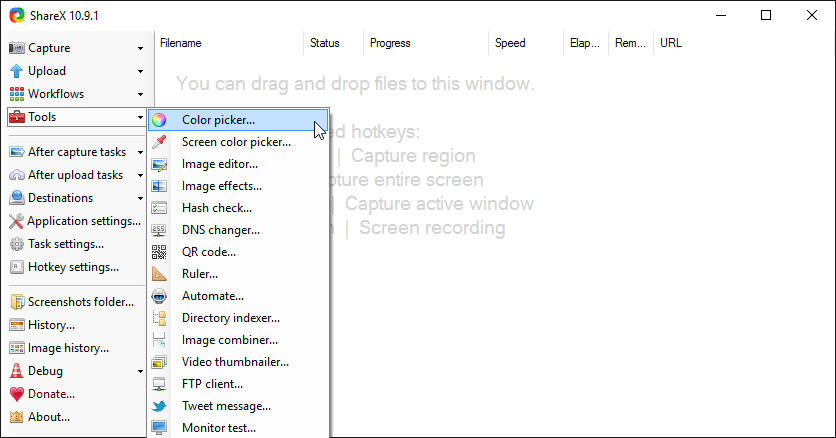