Psensor is a free and open source system temperature monitor application for Linux. Using Psensor you can monitor motherboard, CPU, NVidia and ATI/AMD GPU and Hard Disk Drives temperatures, fan speed and CPU usage details. It is a simple and easy to use tool. You can open it in anew windows or view all details from system topbar try app indicator. It is based on Psensor lm-sensors, XNVCtrl, ATI ADL SDK, hddtemp, libatasmart and udisks2.

You can install Psensor from Ubuntu repositories. Open your terminal app. You can open it via pressing ctrl+alt+t togather. In terminal run below commands one by one.

Run the below command to open Psensor or you can also open it from show applications menu from Ubuntu dock. 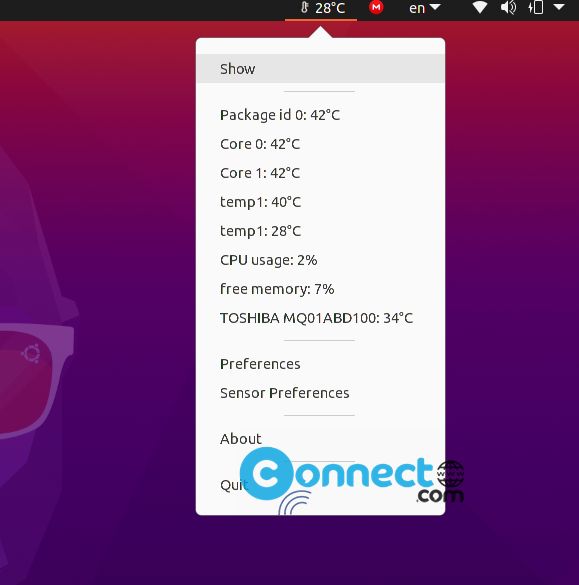 In the preferences you can change and adjust some Psensor settings. 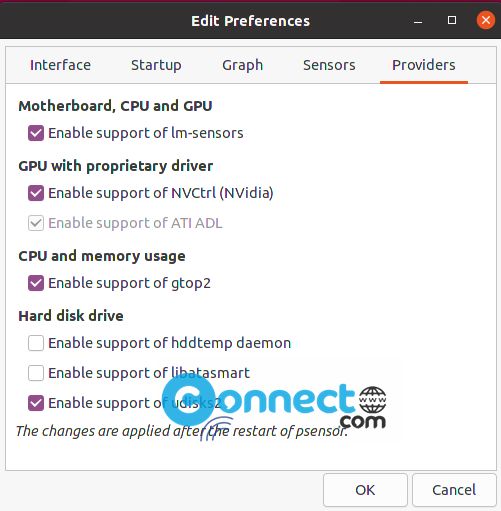