How to install Meteo on Ubuntu – Free weather app

Meteo is a free and open source weather application for Linux. Using this you can view the current weather details in your location like temperature, pressure, wind speed and direction, sunrise and sunset. It also shows these details in maps. It is using OpenWeatherMap API for the weather details. It is released under GPL-3.0+ license. Some other important features in this app are see the forecast for next 18 hours or next five days, change the units to metric, imperial or british, set your city and system tray indicator support, dark theme and set the update interval. 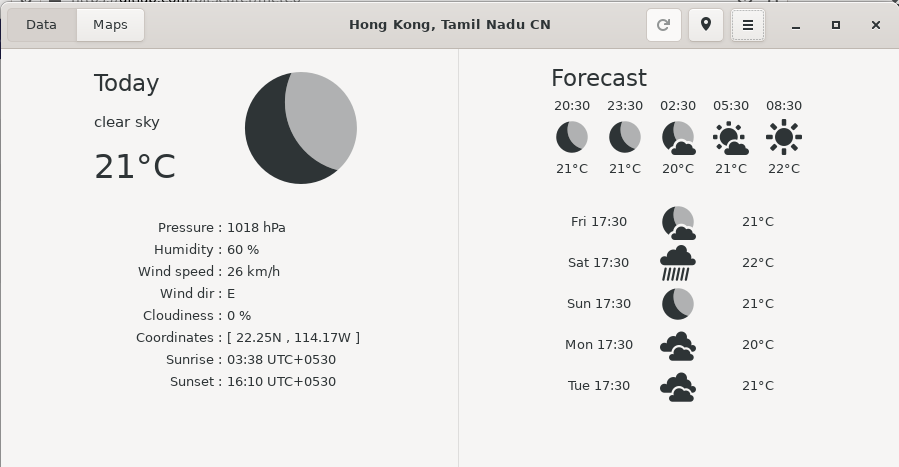 You can install Meteo via snap, flatpak and PPA on ubuntu.

Then enter your Ubuntu user password to confirm the installation of Meteo. click the show applications in the Ubuntu Gnome dock and type meteo in the search box and click meteo to open it. Or open via terminal using this command.

Install and setup flatpak and flathub on your ubuntu system using below link.

How to install flatpak on Ubuntu

Then run this command to install this app via flatpak

then run this command to open it.

you can uninstall via this command.

You can also install meteo via official Ubuntu PPA. Currently only for bionic and disco releases. Open terminal and run this command to add its PPA.

After that run this command to install in on your system.