Google is celebrating Dorothy Hodgkin’s 104th birthday with a new doodle on its homepage.
Dorothy Mary Hodgkin, OM, FRS (12 May 1910 – 29 July 1994), born Crowfoot, was a British biochemist, credited with the development of protein crystallography. She was awarded the Nobel Prize in Chemistry in 1964. 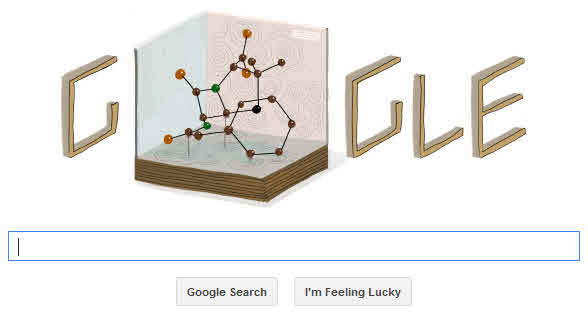