Google is celebrating Alan Turing’s 100th birthday with a an interactive HTML5 codebreaking game google doodle on its homepage that simulates the Turing Machine.

Alan Mathison Turing, OBE, FRS (23 June 1912 – 7 June 1954), was an English mathematician, logician, cryptanalyst and computer scientist. He was highly influential in the development of computer science, providing a formalisation of the concepts of “algorithm” and “computation” with the Turing machine, which played a significant role in the creation of the modern computer.Turing is widely considered to be the father of computer science and artificial intelligence. 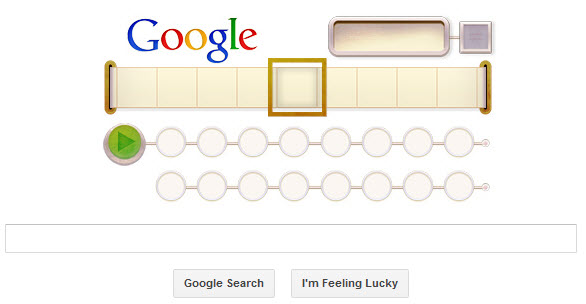