Google is celebrating the 46th Anniversary of Star Trek with a interactive google doodle on its home page. Each letter of the Google logo is featured as a character from Star Trek.Just click and play.Star Trek is an American science fiction television series created by Gene Roddenberry that follows the adventures of the starship USS Enterprise (NCC-1701) and its crew, led by Captain James T. Kirk, first officer Spock, and chief medical officer Dr. Leonard McCoy, in the 23rd century. This a cool doodle from google. Thanks google. 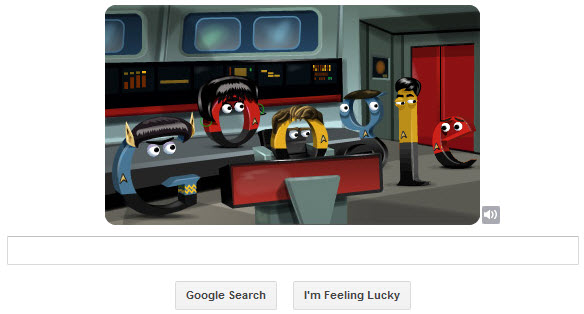