Google is celebrating 161st anniversary of Moby-Dick with a new google doodle on its homepage. Moby-Dick or The Whale is a novel by Herman Melville, first published in 1851. It is considered to be one of the Great American Novels and a treasure of world literature. The story tells the adventures of wandering sailor Ishmael, and his voyage on the whaleship Pequod, commanded by Captain Ahab. 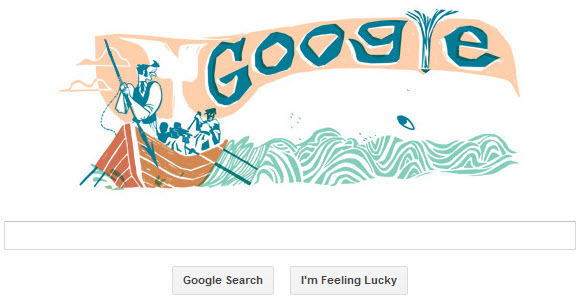